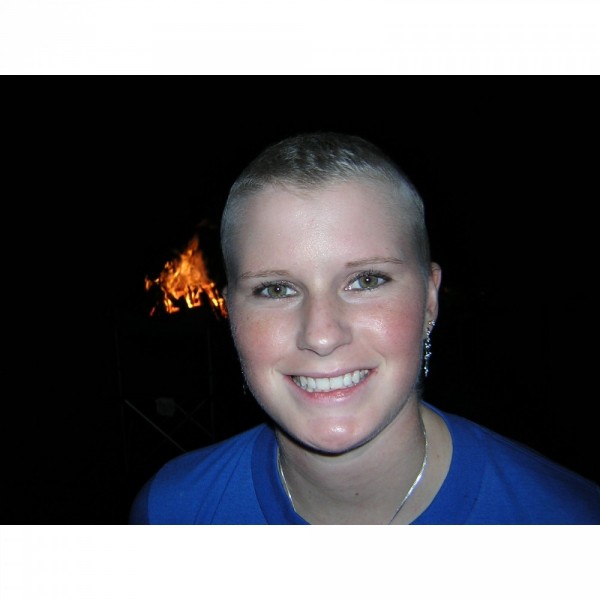 “There is nothing more that we can do” I thought that when I was told my child had cancer that I would never hear anything worse but here I was almost 6 years later watching my daughter’s oncologist struggle with telling me that my child was going to die. Stephanie Christine Phillips was born August 12, 1986 the youngest of three girls. Our cancer journey started New Years Eve 1998 when Stephanie was 12 that she was crying because her leg was hurting , she never cried so the next day I took her to the urgent care center. The next few weeks were a blur of tests and doctor visits. Finally we were told Stephanie had a tumor in her left pelvis, a type of bone cancer called Ewing’s Sarcoma. Stephanie began a yearlong treatment plan which consisted of inpatient chemotherapy, radiation and surgery to remove as much of the tumor as possible. Stephanie tolerated this very well and continued to play softball often going straight to a tournament from the hospital after treatment. She was able to resume somewhat normal teenage activities for almost two years. In October of 2002 while at a scheduled checkup it was discovered that the cancer had returned in the exact same location. Stephanie had to undergo exploratory surgery to find the extent of the relapse and did convince doctors to let her leave early in order to travel from Atlanta to Columbus Georgia to cheer her high school softball team on to a victory in the state championship. Because the tumor came back in the same place her doctors decided the bone had to come out, so she underwent a 12 hour plus surgery to remove the left side of her pelvis, left hip and top of the femur and had a metal prosthesis inserted in place. This left her having to use crutches forever and ended her softball career but did not damage her spirit. Stephanie graduated from high school in 2004 but a couple of months later it was discovered that her cancer was back for a third time. This time the cancer had spread to her right leg and her lungs. Due to lack of research the doctors did not have a plan there was nothing more they could do. I was willing to try anything but since Stephanie was 18 it was her decision and she said no more. We were sent home in hospice care and we were blessed to have Stephanie with us for six more months. In the early hours of February 8 2005 Stephanie went to sleep forever. In her journal writing about what she was going to miss was seeing her sisters get married. June of 2009 Stephanie’s oldest sister Shannon was married, Stephanie was a maid of honor but her other sister Paige had to carry her flowers and instead of Stephanie standing by her sister’s there was a vase to hold her flowers. June 2010 Shannon had a son, Carter who will only hear stories and see pictures of his Aunt Stephanie; he will never be able to feel her love. Please help us find a cure.