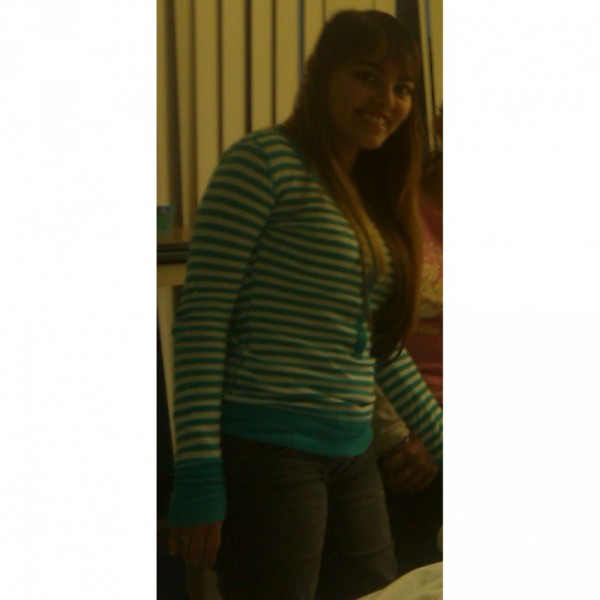 In the year 2005 Diana was 14 going on 15yrs old & she was diagnosed w/Osteosarcoma which is a Bone Cancer. They say that the bone cancer was a fast growing cancer & the cancer was located in her left leg. It also had spread towards her right knee & her lungs. She had taken Chemotherapy & when the cancer shrank she went to Seattle, Washington Children's Hospital to do surgery on her left & right leg. For the left leg from below her knee, above her ankles they have taken the bone out & replaced the bone with titanium metal. It was a major surgery so she stayed up in Seattle for 2 months. The day before she came home, that morning it had snowed a little. Diana had never seen snow in person. She was excited to go out & play in the snow, though it was very little snow it was a happy day for her & that she will always remember that moment with her mom & her little brother Gabriel playing in the snow. When she came back from Seattle she continued her chemo. The cancer in her lungs disappeared & she's gotten all better. Over the years Diana has done many activities like going to camp for kid's w/cancer every year & she has become a C.I.T. which is Counselor in Training. When she went to camp being a C.I.T. for the first time she had a great time. Diana wants to be an actress, so she was in some movies & shows as an extra. She was an extra in LOST, ONE KINE DAY, & other films. She was also in a commercial for a film called "THE SOUL SAVIOUR" & they premiere it every year at WARD THEARTERS & every time the tickets would always get sold out. They would have to show it a second time so the people that did not see it the first time will be able to see it. Now Diana has a character in the film "THE SOUL SAVIOUR". Last year the director had made a barbie doll of Diana. She keeps the Barbie Character of herself in the case on a shelf. She had not opened the case. She wants it in good condition & not to ruin it. Diana loves to do all kinds of activities & likes to hang around w/family & friends. The month of November 2009 Diana was again diagnose with cancer but this time it is (AML) Leukemia which is cancer in the blood. When Diana heard that she has gotten Leukemia she said she wanted to get a light Chemotherapy. The light Chemo doesn't make you feel sick, your hair won't fall out & it's an out-patient treatment. How it works is that she will go to the hospital, receive the chemo, it takes about 1 hour & 30 minutes or a little longer. When Diana's done receiving the chemo she's done for the day and gets to go home but she will have to be back at the hospital the next day & repeat for 5 days. After that she would rest for 3 weeks. When the 3 weeks is over she repeats the treatment again, Diana has been taking that Chemotherapy for a year now & is doing well. The doctor said at once that they don't see any cancer in her body anymore but continued with the chemo. When she recently had done a bone marrow biopsy her doctor said they see very little cancer again, so Diana is still on her light out-patient chemotherapy. Diana is a very strong person & she is always happy no matter what & you would see her smiling all the time. Diana always thinks positive & knows she is going to get through this cancer just like the one she had before.