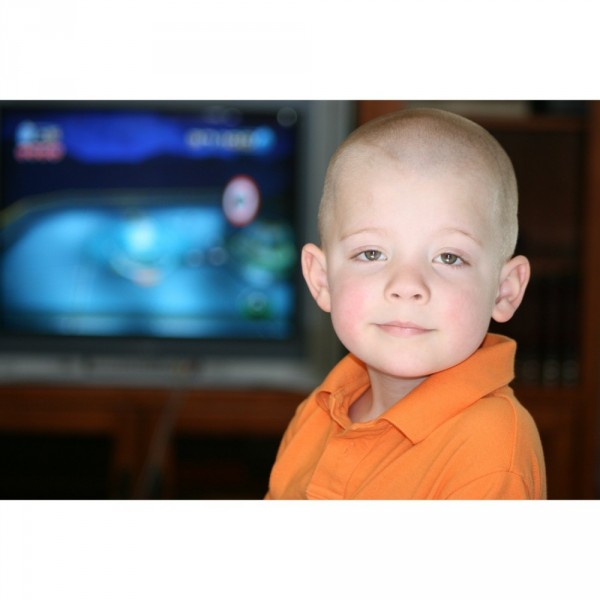 Ethan is a vibrant, positive five-year-old boy. He loves riding his bike and playing with his five older sisters. He also has leukemia. About a week before Halloween 2010, Ethan was experiencing unexplained leg pain that caused him to walk with a limp. Within days he was refusing to walk, crying that it hurt too much. After an x-ray ruled out any injury, an orthopedic specialist suggested he keep weight off the leg for a week and that it was possibly a pulled tendon. Not wanting to miss out on all the fun, he limped through his Halloween celebrations but was soon complaining of other mysterious pains. A few days later, he complained of severe neck and back pain. His pediatrician thought maybe he meant that his throat was hurting and tested him for strep. When the test came back positive, his parents and doctor thought the cause of his illness was found and would be resolved with treatment of antibiotics. When Ethan had a persistent fever during the week of treatment, his mother felt that something more was wrong. By the end of the week, Ethan had a dark purple rash on his torso and his arms and legs were covered with bruises. Blood tests indicated the possibility of leukemia. The following morning Ethan underwent a bone marrow biopsy which confirmed that he has Acute Lymphoblastic Leukemia. He has been undergoing treatment, which involves regular spinal taps and chemotherapy infusions through a central port, for the past four months and will continue for at least 3 years. Despite feeling bad physically a lot of the time, Ethan has kept his bright outlook and friendly personality. He loves his doctors and nurses at The Children's Hospital and is always excited to spend time at clinic each week. He is looking forward to entering Kindergarten this fall and hopes to be recovered enough to keep up with his peers.