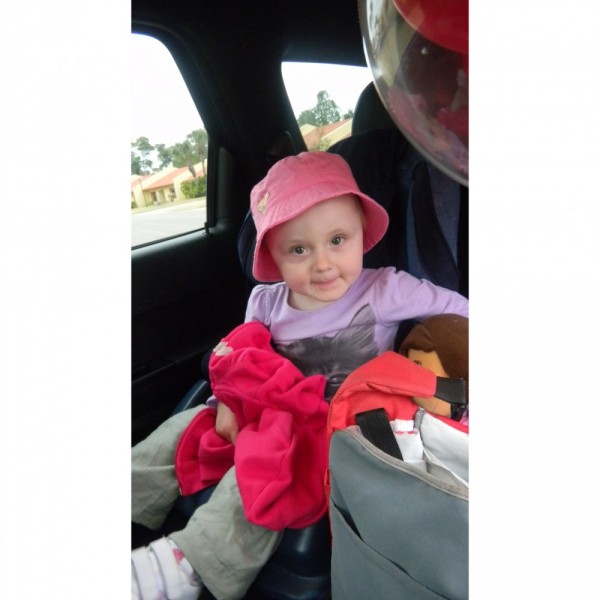 Like many toddlers Alexandra (Saška) is a happy two year old interested in trains, books and working on any puzzle she finds. She loves animals and is fascinated by dinosaurs. Currently she is working on speaking Slovak and English, trying to learn and understand both languages. I still remember the day waiting at the airport as if it was yesterday. July 29th, 2010 was a beautiful, sunny day. First I saw little Alexandra, my niece, sitting on her family’s suitcases at JFK. She looked pale and fragile, still weak from her last chemotherapy, a procedure we later found out was unnecessary. She looked brave and smiled. Her parents braved as well, left everything behind and came to the United States - MSKCC in New York to remove what had been diagnosed in Slovakia as an inoperable tumor in her belly. When I picked her up, somehow I knew and believed that everything would work out for her. Diagnosed at 10 months old with Neuroblastoma stage 4, Saška went through 12 chemotherapies by the time she arrived in the U.S. Running out of options, Saška's parents desperately looked for a surgeon to remove her “inoperable” tumor (as diagnosed by Slovak doctors), because this type of surgery is extremely specialized and it is also very expensive. Their stress mounted along with limited number of surgeons capable of this type of surgery and the money it would take to pay for it. All the while time is ticking for little Alexandra. Fortunately Saška's parents, family and friends raised $130,000 in a short period of time to prepay for the surgery. Everything happened so fast. Saška was accepted as an international patient and successfully underwent surgery removing her tumor on August 9th, 2010. We are forever thankful to Dr. LaQuaglia, Dr. Kushner and everyone on the 9th floor – Pediatrics in Memorial Sloan Kettering Cancer Center. Now, Saška is stable and goes through testing (MRI & MIBG scans every month or two) to monitor and make sure that her cancer does not spread. The next round starts on Monday, March 21st. If her results are positive again, Saška’s parents are preparing to return home to their regular lives and Saška will someday have no memories of chemotherapies, a few hours long surgery or 4 long days in ICU hooked to many tubes and monitors. The surgery was so extensive, that $130,000 covered barely one half of medical costs. We are left with a lot of medical bills to pay and deal with, but it is nothing compared to the happiness and beauty Alexandra brings to our lives every day. I admire my sister and her husband for not giving up and believing that anything is possible. Our family will be forever grateful to people in Slovakia and Slovak people and their friends in the United States and other countries, who were able to help. We know how hard they work for their income and we appreciate generosity more than we could explain. St. Baldrick’s Foundation brings us hope that someday cure will be found and we are very thankful for the hard work and time people spend to support the cause of a full life for the young children who fall to childhood diseases and illness.