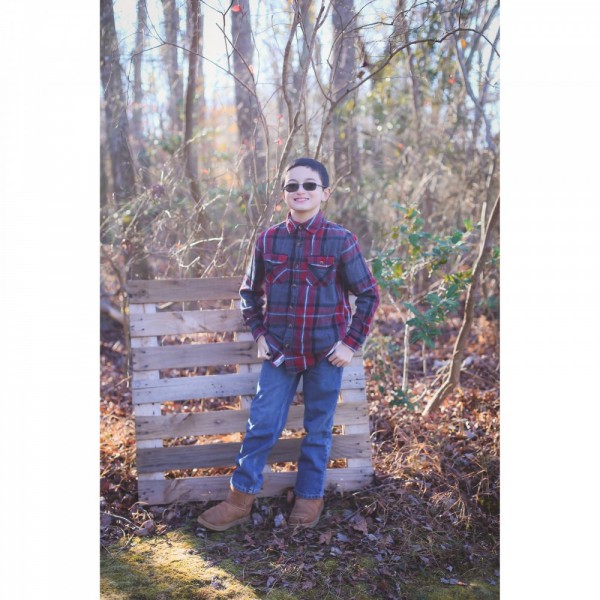 Born into this world December 23rd 2006, Brett was a healthy little boy full of life, love and character. March 25, 2008 We noticed some spotting in his diaper. He was seen by his pediatrician early the next morning who didn't like the way it looked and sent us right over for an ultrasound. After waiting three hours for any answer from the ultrasound, I was told it was abnormal and that they couldn't find his right kidney. I then received a call from the pediatrician stating that she spoke to the radiologist and that he wanted to send Brett for a MRI at the hospital, but the pediatrician rather that I take my films and Brett up to the ER at Children's Hospital of Philadelphia. Ofcourse crying my eyes out in fear, we picked up dad from work and headed up, not having a clue what was to come. After waiting in the ER and having several tests done, they completed a catscan about 1am in the morning, later to come in and inform us at 3am that our little boy has an aggressive cancer that needs to be treated right away. The next day consisted of meetings with the oncologists to discuss the treatment plan. On March 28, 2008, at less than 2yrs old, Brett was now fighting the battle of his life. Brett completed a biopsy, surgery to plant his port into his chest, and was formally diagnosed with Stage 3 Wilm's Tumor a form of pediatric kidney cancer. The tumor was so large 13cm, that surgery would be too risky right away, so the same date as the diagnosis was the same date he began his 28wk chemotherapy treatment in order to shrink the tumor so that surgery could be performed. On 5/7/08 Brett had his entire right kidney removed along with six lymphnodes, three of which were also infected. Brett continued with chemotherapy all throughout and on 5/15/08 began radiation treatments as well. Just as we thought the large bumps in the road we're coming to an end, we were rushing Brett back up to the ER at CHOP on 6/2/08 due to a distended stomach (it looked as if he was pregnant), this occurred over a weekend. We were admitted and stayed until end of the month, it was due to a surgery complication where Brett now couldn't have anything by mouth and needed complete "gut rest" to allow a hole in a lymph vessel to heal. This was too microscopic and risky to fix through surgery, so it had to heal naturally. So Brett was on IV infusion receiving nutrients through his blood stream while hospitalized giving the hole time to heal. These were difficult times, if you can imagine keeping a 18mos from eating/drinking while they are still having hunger pains - it was quite difficult! Upon discharge on 6/19/08 I learned how to insert a feeding tube and work the feeding machine so that Brett was sent home on IV infusions and a feeding tube which would be his only source of food for about another two months.  Finally on 7/19/08 Brett was given the ok to try nonfat foods, and loved it, and were now being told to "beef him up" so he was permitted to eat pretty much whatever he wanted and was definitely loving this plan. He left the hospital at 14lbs at 19mos old and finally began putting on healthy weight. He then continued with chemotherapy every three weeks and weekly check ups for the surgery complication. On Sept 3rd we were informed that he no longer needs the weekly visits from the complication. His last dose of chemotherapy was Sept 24. 2008 - YEAH! On October 17th Brett was announced as "in remission or NED to those in this cancer world" - music to our ears, Brett was cancer free. He continued with monitoring and testing every three months until age five and then every six months until age eight and annually there after.  It's been a long, rough road and still more ahead as every child suffers many long term late effects following their treatment or even years down the road.  We just ask to please keep him and all other children battling, in your thoughts and prayers. Brett is now working with CHOP on further research studies to help be able to see risk factors that may be present in these cancers much sooner.
Brett's our little angel and a one hell of a fighter, so no doubt he'll persevere!
Please continue to spread awareness and raise funds for research, our children deserve it!!!!