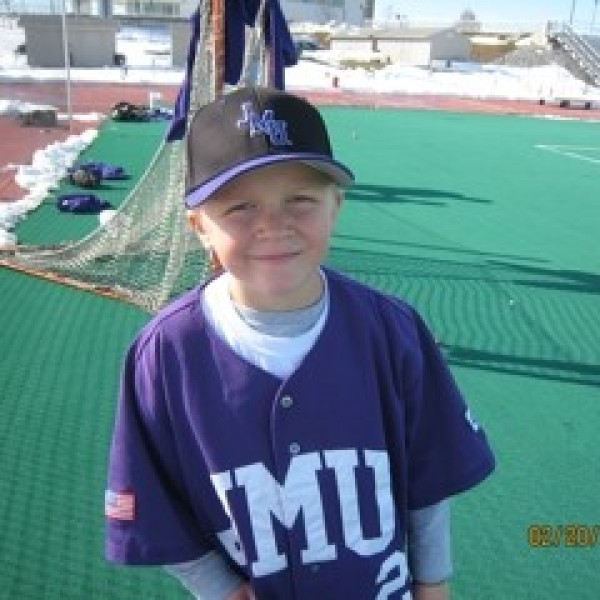 Justin William Brown is a playful and happy 8 year old little boy from Haymarket, Virginia. On February 18, 2005, he was diagnosed at the age of 2 years 3 months with a Craniopharyngioma brain tumor. Justin had been through over a year of pain and suffering and sleepless nights prior to diagnoses. On February 25, 2005 Justin had the tumor, which was the size of a lemon, removed at Children’s Hospital in Washington, D.C. The tumor had been pushing on his right optic nerve, which has left him legally blind in his right eye. It had also destroyed his pituitary gland, leaving him on complete hormone replacement therapy, including daily growth shots. Justin had also developed a condition known as Diabetes Insipidus, which means that his little body cannot retain water on its own, without help. Unfortunately, Craniopharyngioma brain tumors have a very high reoccurrence rate, mostly because if even one little cell is left behind, it begins to re-grow. Sadly, Justin has needed two additional 10 hour long surgeries because of re-growth. The second surgery was on April 14, 2006 and the third surgery was on July 12, 2006. During the most recent surgery, it was determined that some of the re-growth was on his carotid artery. This is a very dangerous area, so it was left untouched. On July 25, 2006 we headed off to Boston, Massachusetts to begin 6 weeks of daily sedated proton beam radiation. Justin has been through, and will continue to go through more than anyone I know, and yet he’s just 8 years old. Our son is a superhero; he is incredibly brave and an absolute sweetheart.