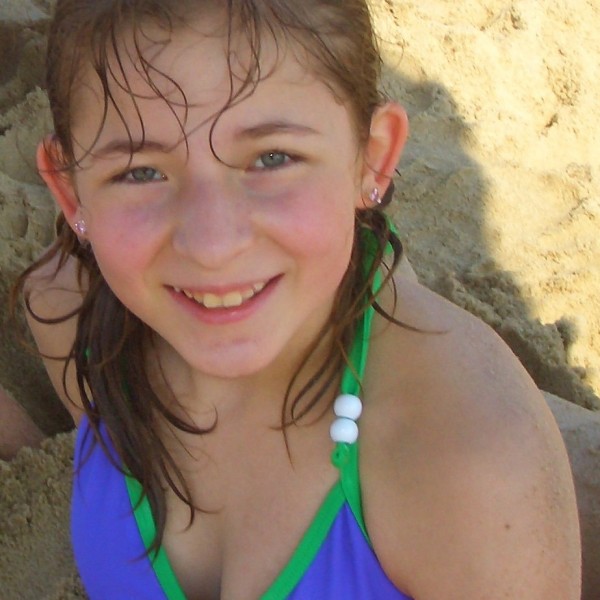 Amazing, beautiful, magnetic, energetic, radiant, loving, thoughtful, witty, accepting, always smiling. . . sunshine. These are just some of the words that come to mind to describe Ally. In October 2009, Ally turned 13. She was a happy go-lucky teenager…getting all A’s in school, making new friends, dancing jazz, tap, hip hop, and ballet, drawing, painting, laughing, listening to all her favorite Gaga songs, and totally into everything Twilight…TEAM JACOB! In December 2009 Ally was diagnosed with a pre-leukemic condition and we were preparing for a bone marrow transplant. By January 2010, her condition transitioned to Acute Myeloid Leukemia (AML). Several chemotherapies were tried to put her in remission before the transplant but they were all unsuccessful. Ally had a half-matched transplant on April 7, 2010. Through it all, Ally just smiled and said she knew she would be okay. The transplant was successful and she was cancer free. The chemotherapies however caused liver failure which led to lung and kidney failure. Ally spent the last 2 months of her life sedated, intubated, and on 24 hour/day dialysis. She received multiple medications, antibiotics, and blood products. Despite every desperate act, despite our broken hearts, despite our constant prayers for healing and mercy, despite our begging God and offering God our own lives in place of hers, Ally was taken from us on June 29, 2010 at just 13 years old. We were told by the physicians that she lived nearly two months longer than they expected. They could not believe how strong she was. We could. Ally was the strongest, bravest, most amazing person we ever had the privilege to know and how blessed we are to be able to call her our daughter, how blessed her siblings to call her their sister. Ally loved children so much and was such a nurturing person. While we were on the oncology floor, it broke her heart to see little children with cancer. She felt so sorry for them but in typical Ally style, she never felt sorry for herself. Please remember Ally in your thoughts and prayers so that a part of her can continue to live on forever. And please support cancer research. . . all children deserve a chance to live their dreams.