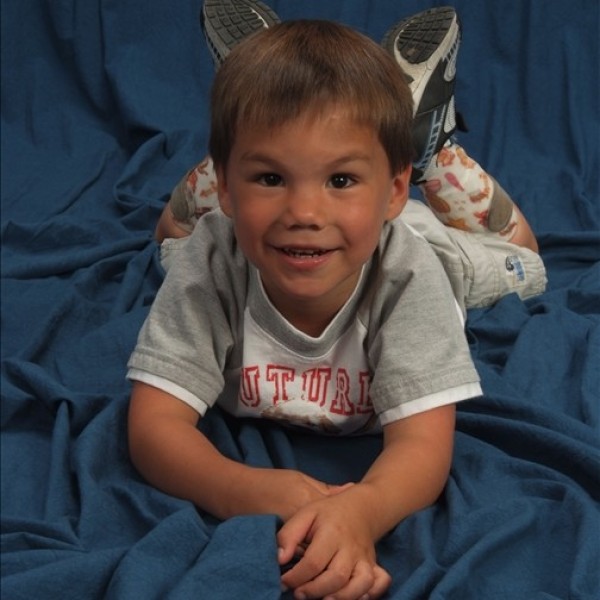 Our little Alex has had to undergo more in his short little life than most people do in their entire lifetimes. He was born 2 months early by an emergency c-section. He spent the first 6 wks. of his life in the NICU on a ventilator. He had severe heart and lung disease. His first year of life was a struggle, but nothing prepared us for the news we were about to hear on his first Birthday...he had cancer! Infact, he had a tennis ball size tumor on his right kidney. 2 days later, he was taken to surgery to have his kidney, part of his intestines, lymphnodes, and appendix removed. Chemo was started shortly after. The last few years has continued to bring us many bumps in the road, but you wouldn't know it by looking at him. He wears leg braces due to a mild form of low tone cerebral palsy, has an immune deficiency, is diabetic, and now is in early stage renal failure. However, there's not a day that goes by that he doesn't continue to light up this world with his beautiful smile.