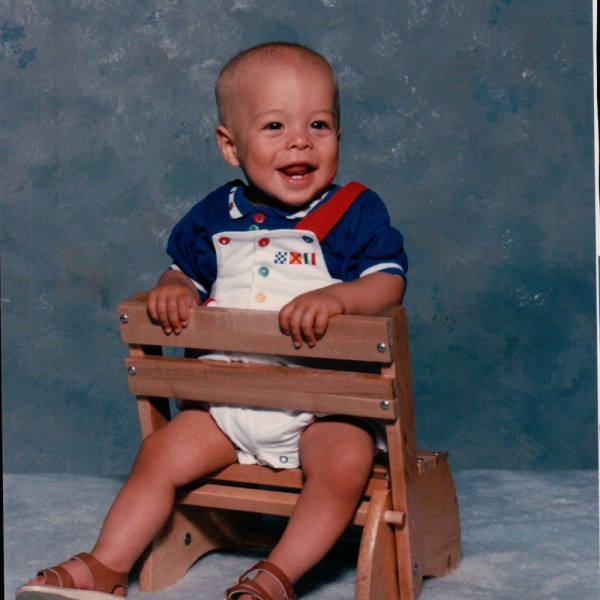 Cody was a very special little baby. He was diagnosed with ALL at the age of 3 months old. He fought his battle as long as his little body would let him and passed away at the age of 19 months old. We spent most of his life at Childrens Oakland Hospital. He didn't get to experience what it was like to just be a baby - basically his entire life was spent inside hospital walls. When he wasn't extremely sick, he was a very happy baby. When we got to take him home sometimes, he was so happy and loved playing with his hot wheels. We could lay all of his hot wheels out on the floor and believe it or not we would ask him which car was which and he would point out to them. And he was right every single time - I kid you not. Cody was a very special little baby and had a big heart - he touched a lot of friends and family. He was so loving and so sweet and we tried to make his life as normal as possible - even though he had no idea - we had to do it for ourselves too. We also tried to make all Holidays as normal and fun as possible as well - but, we spent a majority of them in the hospital. At one point his kidneys shut down and he ended up in ICU and the doctors didn't think he would overcome that - but, by some miracle he did. I had never been so excited over pee in my life until the day he actually had peed after he hadn't peed in weeks and was hooked up to every tube imaginable. I thought maybe Cody was going to beat the odds since he was such a little fighter and kept fooling the doctors. But, unfortunately his little body couldn't take it anymore and there was nothing more the doctors could do for him. His organs were not handling the chemotherapy well at all. So, we took Cody home in October 1992 and we had an early Christmas for him (the at home nurses set it all up for us - they brought in a tree, ornaments, gifts & food) and all the family (it was beautiful - there was singing and carolers and Cody's entire family) in November and Cody passed away on Dec. 11, 1992. The saddest and worst day of our lives. The only thing that gets me through the days and nights is knowing that Cody is on my side and that he is watching over me and his family. Someday, we will reunite again - I just know it - until then I know he is not suffering anymore and that puts me more at ease. Cody is my precious baby boy - may he be resting in peace and know he is loved very very much.