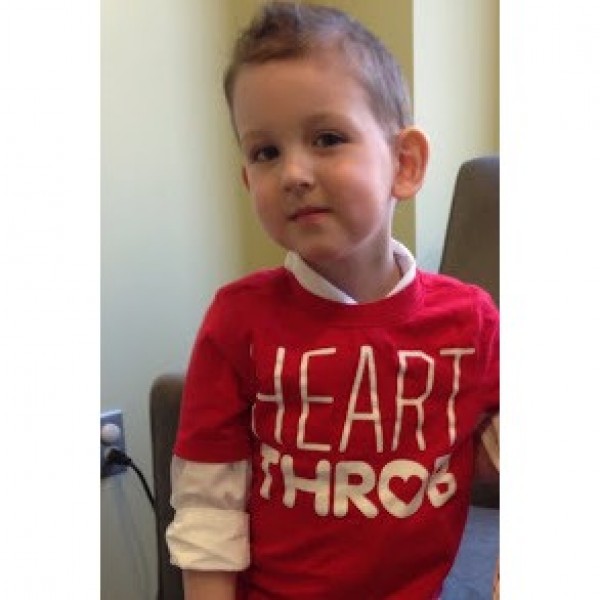 Just two weeks shy of his second birthday, a golf ball sized tumor was discovered in Augustus Carrasquillo’s brain. His health had rapidly declined in a month with symptoms of vomiting, lethargy, and an unsteady gait. Augustus or “Gus” as he is fondly called by friends and family, underwent major brain surgery in June 2010 where 99% of the tumor was removed from the posterior fossa portion of the brain. A biopsy revealed that it was Medulloblastoma, pediatric brain cancer. An MRI would reveal more tumors scattered throughout the surface of his brain and a coating of tumors along his spinal cord. His cerebrospinal fluid had free-floating cancer cells in it as well. After surgery, he lost his ability to walk, talk, swallow, and see. Gus had five rounds of intense chemotherapy and one round of high-dose chemotherapy followed by rescue stem cell transplant. Fortunately, chemotherapy zapped the majority of the tumors found. Thanks to intensive rehabilitation therapy and lots of hard work on his part, Gus has regained everything back, including his ability to walk! His cancer began to spread again in March 2012 and he completed 30 cranial & spinal radiation treatments in June 2012 in the hopes of saving his life. Gus responded amazingly to radiation treatments and tumors quickly shrank. Unfortunately in January of 2013 a routine MRI revealed a new tumor. Gus is currently receiving radiation treatments to the new tumor site and will soon have a stem cell transplant followed by chemotherapy in hopes of stopping growth of the new cancer. Gus has an amazing personality considering everything he has been through. He has an incredible vocabulary for such a little guy and his communication with others is awesome. Gus LOVES animals. He is a beautiful little boy that will melt even the toughest of hearts with his giggles and smiles. He is truly a mighty warrior, hence his nickname “Augustus the Mighty,” and his strength is an inspiration to many. Many have named him as their hero. Keep up with Gus’s progress at http://augustusthemighty.info/ or http://www.caringbridge.org/visit/augustuscarrasquillo