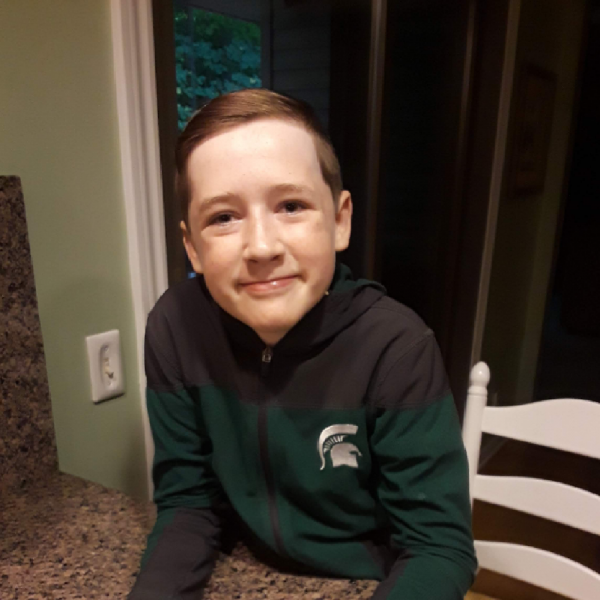 One day I found a lump in Luke's leg and two days later we had a cancer diagnosis. Luke was diagnosed with Stage 4 Embryonal Rhabdomyosarcoma (ERMS), just five days after his third birthday. Luke endured a 54 week treatment protocol that included multiple rounds of chemotherapy, six weeks of daily radiation that required sedation each time, and many, many, many, central line infections. His treatment actually lasted almost 70 weeks due to delays caused by bacterial infections and low counts. The amazing part of all of this is that Luke never said no to us. Not once, not ever. He only fought the cancer. He was so strong, that to be in his presence made me feel unworthy, that I was not capable of being the mother of someone so strong, so proud, so brave, and so pure.

Today, Luke is 13 years old and thriving in school. He is funny, loving, smart, determined, and curious. His favorite subjects at are science, social studies, math, and drama. He loves to create Star Wars related art, and Legos, sleep, eat, and participate in local theater. Luke is officially in remission and participates in a long-term follow-up clinic at Mott.

Every family should be able to say the same thing. Unfortunately, many families lose their children to cancer. Thank you for being a hero to kids with cancer and joining St. Baldrick's in the fight to raise more awareness and money for research. You are making a difference!