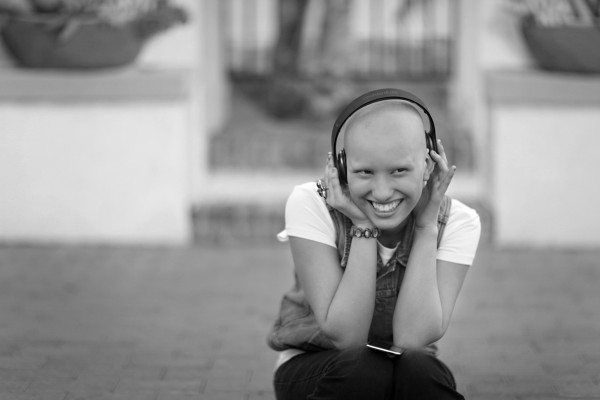 Gracie is our 16 year old. She loves life and has a beautiful smile that lights up a room. She has an older sister and brother, Gabrielle and Michael and one younger brother, Matthew. Gracie was an avid and talented soccer player, this was one of her passions in life. At 4 years old Gracie would be on the sidelines watching her sister and brother play soccer. she couldn't wait for her day to come to hit the soccer field. When she started playing, she gave 100% of herself and was a team player. Gracie is a social butterfly and loves hanging out with her friends and family. She enjoys going to the movies, listening to music, reading fashion magazines and loves to go shopping. There is never a dull moment with Gracie. She makes known her presence everywhere she goes, along with her big beautiful smile. Gracie started complaining about her knee and we thought it was from an old soccer injury. She always had bruises or aches and pains from soccer that were nothing. We made an in appointment with the doctor. The doctor called later that night and informed us they had found 2 tumors, one in her tibia and a small one on part of her femur. He referred us for an immediate appointment with the doctors at Children's Hospital Los Angeles. On November 9th, 2009, Gracie had a biopsy done and was diagnosed with Osteosarcoma. On December 4th, 2009, she had her surgery to remove the tumors and to have a titanium prosthesis, partial tibia and partial femur replacement. Shortly after she started an 8 month long treatment of chemotherapy and a very slow physical therapy program to start walking again. During the chemotherapy they found more tumors. Gracie finished chemotherapy in August. The chemotherapy was not as successful as we all hoped, one spot has grown. While there was some success on another spot, there are possibly two more new spots and the others remained the same. The doctors are now discussing a plan for radiation that will be best for Gracie. We are praying for wisdom for the doctors and that Gracie's character will grow and above all, we are praying for a complete healing. We take one day at a time enjoying each day with our Gracie.