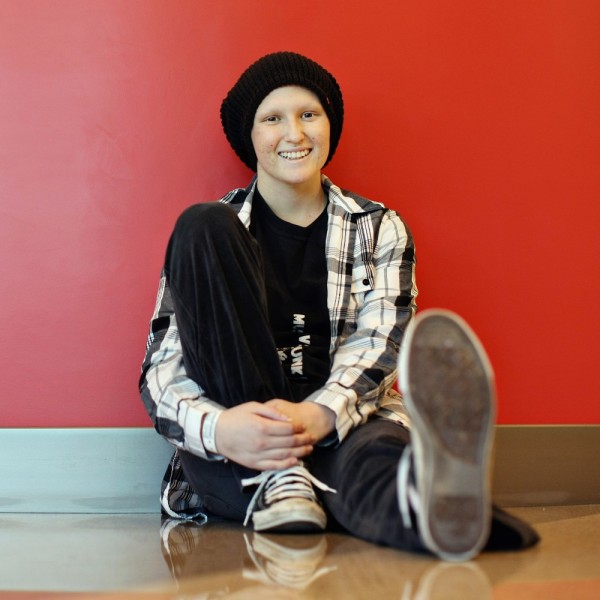 One of five St. Baldrick's Foundation 2011 Ambassador Kids Since her diagnosis and treatment in 2010, Julia graduated from Palos Verdes Peninsula High School in 2012 with her classmates, and headed off to college. Currently enrolled in The Ohio State University in Columbus, Ohio, she is pursuing two undergraduate degrees in Romance Languages and Sport Industry with hopes of one day working in Major League Baseball after her graduation in 2016. When Julia isn't studying, you can most likely find her at a sporting event on or off campus for either Ohio State athletics or another Columbus area team. She currently holds the position of Baseball Director within the official student section of Ohio State athletics, Block "O." Aside from being a board member of Block "O," she also is an active member of her sorority Kappa Alpha Theta and loves to spend quality time with her sisters. One of the things that Julia is looking forward to most to at Ohio State is BuckeyeThon - a 24 hour dance marathon held annually to raise money for Nationwide Childrens' Hospital in Columbus, Ohio. She continues to hold Miller Childrens' Hospital and the St. Baldrick's Foundation very close to her heart. Whenever she is in the Long Beach area, she attempts to make a trip to visit her nurses, and when St. Baldrick's asked her to take part in the "In Play" PSA campaign, she jumped at the opportunity. The experiences Julia had while working on the campaign were heartfelt and will be stories she will tell for the rest of her life. Julia continues to see her oncologist and have tests done annually for lasting consequences of the medications she received during treatment in 2010. These check-ups and tests will continue for the rest of her life. _________ Julia's story, as written by her family: A smart, beautiful, active teenager who was days away from getting her drivers' license - thinking about college and concerts. Julia loves music - mostly small bands - her room is decorated with posters, drumsticks, ticket stubs and photos. She has been athletic since she was very young - baseball, basketball, volleyball, and swimming. Julia has traveled to Costa Rica on a school trip and plans on more travel. Her dream vacations: swimming with sharks, Spain, and Hawaii. She is hard working, tenacious, and strong. Julia has a great sense of humor and has maintained a great attitude.