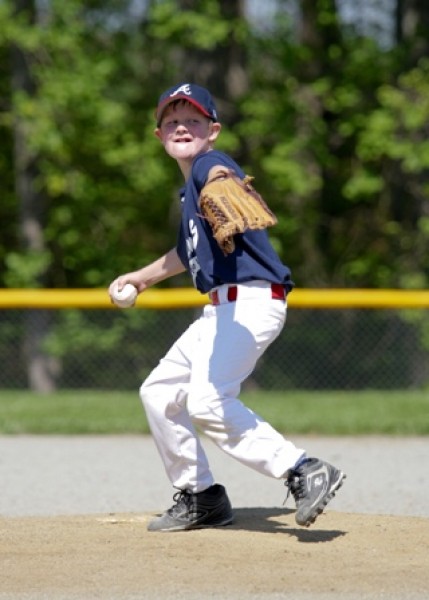 Alex is a 10 year old boy who loved to play baseball and just about any other sport. He played baseball up until the day before he was diagnosed with Ewings Sarcoma. He complained of lower back pain for several weeks which was initially diagnosed as a pulled muscle/stress fracture. After a bone scan followed by a CT scan, Alex was immediately sent to Brenner's Children's Hospital October of 2009 where he underwent an open biopsy where they diagnosed him with Ewings Sarcoma in his liver, right fibia and several spots on his spine and ribs. He has undergone 15 rounds of chemo therapy, a major liver resection and will begin radiation therapy shortly. Alex is a very brave little boy and is in this game to WIN!!! After Alex finished his radiation in in September of 2010, he relapsed on December 23, 2010. We went to MD Anderson in Houston, TX for treatment. At that time, we were told that Alex was misdiagnosed. He did not have Ewings, but instead he had a very rare cancer known as Desmoplastic Small Round Cell Tumor (DSRCT). We began treatment immediately since Alex had mets in his tibia, fibia, several ribs, and scapula. We traveled back and forth to Houston for about a year. Alex never gave up nor did we. Alex gained his angel wings on November 7, 2011. Our lives are forever changed and heaven is so much brighter.