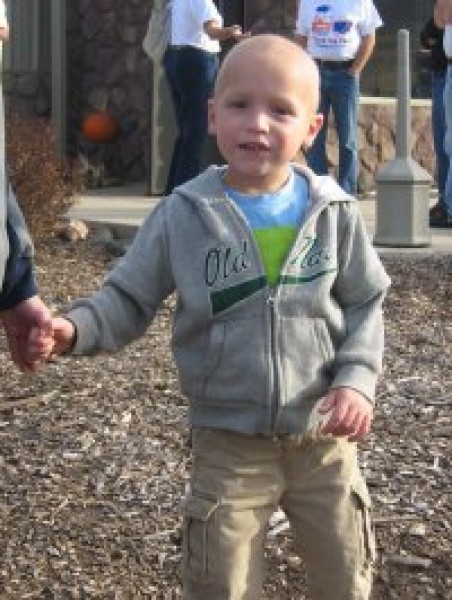 Landon has tremendous strength! He's our hero. He can make you appreciate life and everything around you. Landon enjoys going to school and playing with his friends, riding his bike, playing with his Hot Wheels cars and entertaining (or picking on) his younger brother. Landon was diagnosed July 17, 2009 with a Stage 3 Nephroblastoma (Wilms Tumor) just shortly after turning 3. Because of a thorough exam by his pediatrician at his 3 year check-up, the lump in his lower abdomen was found. Landon was admitted to the ICU due to the high blood pressure he was experiencing because of the tumor. A few days later, he underwent surgery to remove his left kidney and ureter and had his port placed in his chest. That port truly became a blessing in the months to follow! Landon has now been through 6 days of back to back radiation treatments and 6 months of chemotherapy. In January 2010, he completed his last chemo treatment and in February had his port removed. Landon is NED and his hair has grown back and he's happy to not taste those nasty "flushes" anymore! Landon is now in maintenance and receives scans every three months.