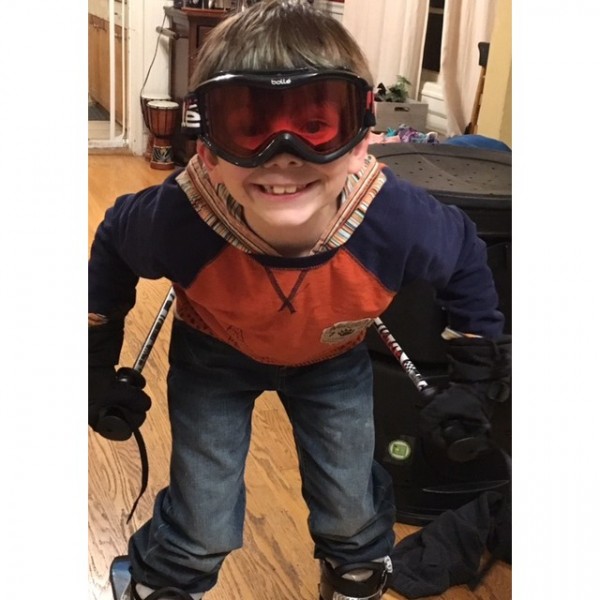 Casper is a 9-year-old boy with the energy, joy and curiosity of any other 9-year-old kid. To most other people, that makes him normal. To us, that makes him a very special little guy. He was diagnosed with pre-B cell A.L.L Feb 23rd, 2010 and completed his treatment in May 2013.
Casper isn't particularly large from a physical perspective, but his personality is unquestionably the largest in the room, no matter which room he chooses to wander into. He has an astute and irreverent sense of humor beyond his years.
Although he may not know it yet, Casper may well become Portland's first professional whistler, as the music permeates the environment around him much like a scent can be smelled, or a shadow remains attached to a person, no matter where he or she goes. He also loves skiing fast, camping, and doing what ever he can to negotiate staying up beyond his bedtime. He has picked up a new interest in "slow jams" and Lukas Graham's song, "7 years" is presently top of his list, which admittedly is driving his younger sister, and the rest of the family slowly insane. But we wouldn't change a thing, and we feel fortunate every day to have this wonderful, ever growing, quirky being in our lives.