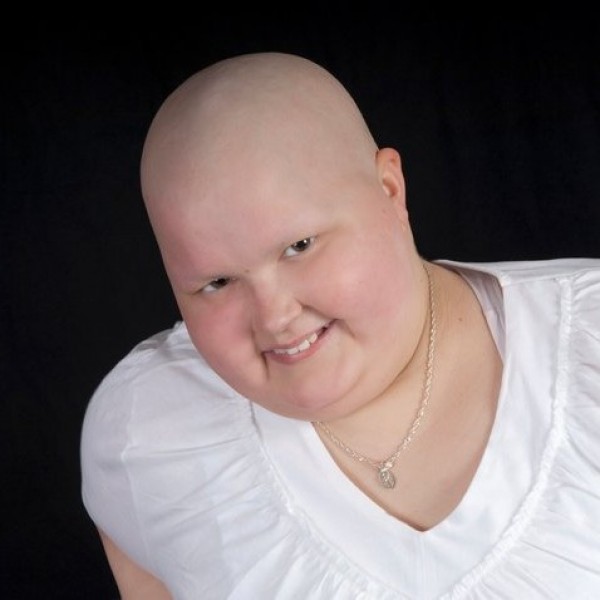 Carissa was a 16 year old teenager from Bloomsburg, PA. She was diagnosed with Adrenal Carcinoma on December 8, 2008. This is a rare cancer of the Adrenal Gland. It is so rare that they only see .2 in a million cases. Before Carissa was diagnosed she enjoyed the outdoors, going to school, spending time on the computer, talking with friends, and just being a teenager. Carissa's story started long before she was diagnosed in August 2008. She seemed to be gaining weight for unknown reasons. It took many visits to the doctor's office, and many months passed before we learned she had cancer. After that day, our life as we knew it, was forever changed. She was referred to a doctor at Gesinger Medical Center. While there, they performed a series of tests, including a MRI, CT scan, blood and urine tests. The MRI and CT scan revealed a tumor. I will never forget that day when they gave us the results. I had convinced myself that there had to be a mistake. They confirmed that she had Adrenal Cancer and unfortunately they could not help us. They would refer her to St. Jude's Children's Research Hospital in Memphis, TN. We agreed that whatever had to be done we would do. Carissa was flown to Memphis on December 14, 2008 where she became a patient. A week later they advised us that Carissa needed surgery. On December 23, 2008 Carissa underwent ten hours of surgery with 15 doctors in attendance. They removed a softball size tumor from her Adrenal Gland, removed her left Adrenal Gland, and several tumors from her liver. The surgery was successful. Her recovery took several weeks. She received oral chemo therapy daily shortly after surgery. Every 21 days she received IV chemotherapy. Carissa received a total of 8 cycles. She was vomiting, nauseous, and had no desire to eat. Her blood count dropped dramatically. She spent 1 week in the hospital receiving her chemo. A week after her discharge she was back in with a fever. Every 2 months the doctors continued to rescan her. The chemo was doing its job. Thank God everything looked good. Carissa was getting aggressive rounds of chemo. She developed nerve palsies. She spent many days doing rehab. With a lot of hard work, things improved over time. On November 1, 2009 she was due for her 3 month scan. We were advised that the tumor had started to progress in her lungs. They started her on 2 types of IV chemotherapy for 2 months. On January 15, 2010 Carissa's MRI and PET scan showed tumor progression. The chemo wasn't working. Once again, our hearts were broken. She then started oral chemo twice a day for 2 months. March 22, 2010 was once again an unhappy day for us. At this point they are looking into another protocol. We must not give up HOPE. God will point us in the direction we need to go. Carissa is a wonderful fun loving girl always wearing a smile. Now her world has been turned upside down in such a short period of time. Carissa still has a long road ahead of her. She is very strong and is going to fight this monster. With continued support and prayers from her family, friends, and those hidden angels Carissa can do this. Please take time to tell a friend, stop and say a prayer, or send a card to brighten her day! Carissa needs to know there is several people pulling for her and butterflies are the symbol of HOPE. Please continue to support St. Baldricks so they can find a cure for childhood cancer. In May 2011, Carissa flew home to be a maid of honor at her cousin's wedding. She got sick after that and was put in the hospital. She spent the summer home in and out of the hospital. She was too weak for the trip back to St. Jude's. Carissa lost her battle in August, 2011. Thank You for taking time to read her story Believe in HOPE, We Do Love, Carissa and her family