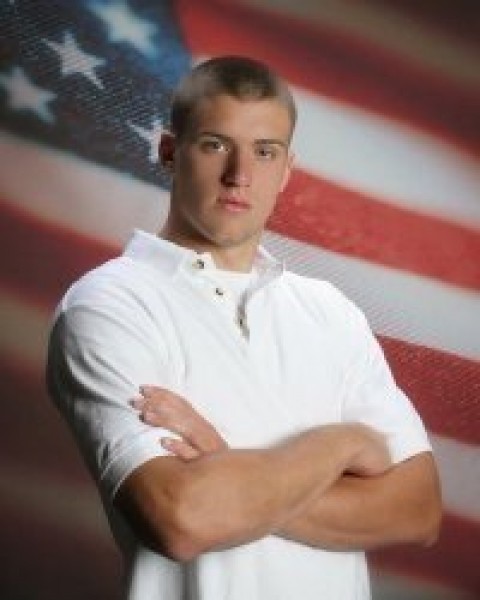 On the last day of his young life, Devon Currie fulfilled a long-held wish, thanks to a gift from an anonymous neighbor. Devon had been battling Ewing’s Sarcoma, a rare bone cancer, for nearly two years. On his last day, he walked out of a motorcycle store with a shiny new Suzuki and rode it 35 miles home. Devon was one of those kids who was a natural athlete from an early age. He was born 9 pounds 10 ounces and kept on growing by leaps and bounds. Devon eventually grew to 6 feet 3 inches and gravitated to sports where his size would be an advantage. At South Forsyth High School in Atlanta, he focused on basketball, football and track and lettered in all three in his junior and senior years. He enjoyed the competitive aspect of sports and always gave his best effort. Devon won a football scholarship to Southeastern Louisiana University, where he was a linebacker and also played special teams. He was named most valuable player for special teams. At the university, Devon majored in criminal justice. He planned to work as a police officer or as an agent for the FBI or CIA. He settled on that line of work after doing a ride-along with a police officer in Forsyth County. In addition to sports, Devon loved river rafting and fishing. After he was diagnosed with cancer, and I asked him to list his “dream wishes,” he wrote: fishing in Alaska, skydiving, scuba diving and riding a motorcycle. He wasn’t strong enough to do the first three. But on his last week, it became clear he would be able to ride a motorcycle and so he worked on becoming certified to ride. While speaking to a group of students soon after his illness was discovered - Devon shared with them that despite being faced with cancer - he simply needed to “Step it Up”,“To Not Give Up”. That selfless display of courage inspired many who heard him speak that day. Another story shared by the parent of a youth football player, that despite after undergoing one of his many treatments and obviously feeling the effects, Devon kept his commitment to attend a youth football game - stood on the sidelines, encouraged and cheered on the young players. These seemingly insignificant events describe Devon Currie. Unselfish, always positive and always moving forward. Devon lives on inside every person’s heart that had the privilege to know him and call him a friend. To quote directly from Devon himself – “It makes no difference what you do, do it as hard as you can for as long as you can and never give up”