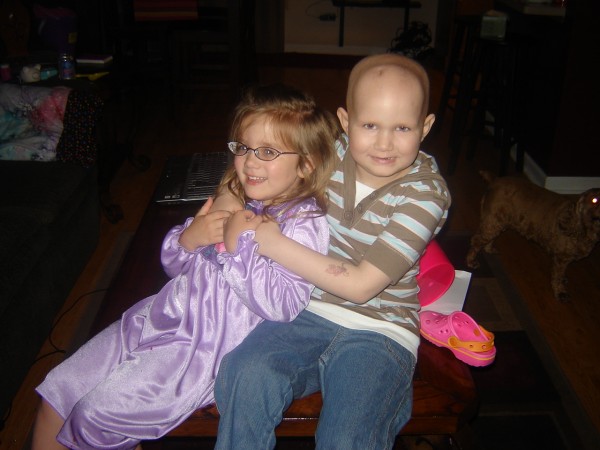 Kelly was diagnosed with medulloblastoma, a form of brain cancer on March 20, 2007. The word devastation does not even begin to describe the feelings my husband and I had that night in the ER. Kelly was out in the backyard playing baseball with her dad the night she was diagnosed. She was signed up for t-ball to start in the spring. The only symptom she had was that she threw up once before about a week earlier, actually the day of the South Side parade and the other time was the day I took her to the ER, the day of the diagnosis. I sat there that day March 20th, and watched Kelly and her dad play, play as father and daughter should and thought – something is not right; the feeling was so overwhelming. My pediatrician was treating her for gastrointestinal issues, only because after the parade incident, I brought her in to see him, I thought it was unusual for a child to throw up for no known reason, I questioned it. I called my pediatrician on March 20th and told him I was taking Kelly to the ER. My pediatrician said to me, I never argue with a mother, especially a mother with a strong instinct. Prior to that day Kelly was your average healthy child, a few colds here and there, but never anything major. I think you can understand a little bit more when I use the word devastation. I though maybe ulcer. Had we waited a few more weeks, Kelly would not be here with us today. Lesson learned - never question your instincts on your children, you know them the best. In March of 2007 Kelly started a very difficult treatment where she still is today, almost 3 years of chemo.