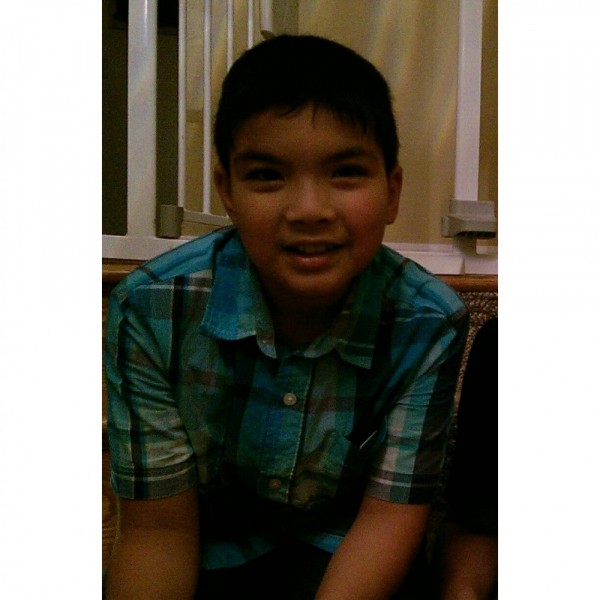 I am the mother of Daniel. He was diagnosed on 9/21/07. He went into remission 10/5/07. Through all his treatment he has remained unphased. He is a happy boy. He has 2 older brothers and a baby sister. He also has 2 dogs (Storm a lab, and Simba a teacup pomeranian). He loves Spongebob, Power Rangers, Ninja Turtles and anything Legos. He loves video games. One of his favorites is his Nintendo 3ds. He likes the drums. Also he loves swimming, bowling, riding his scooter, roller blading, skateboarding and camping. He is in 6th grade.  After being diagnosed at the age of 2 he required an Early Intervention program at school where he received physical, occupational and speech therapy (he didn't speak). Now, he no longer requires any therapy and speaks non stop, argues with his brothers and sister.  He sings to his favorites pop songs. On 9/29/09 he relapsed. They initially said it was in his central nervous system which would require more intense chemo plus radiation to his brain this time. A couple days later they told me it was in his bone marrow and would require the same chemo, cranial radiation, as well as a transplant. His three siblings were checked to see if they were a match and not one was. They then put him into the national and international registry and still there was not match. Many friends, family members, and strangers who have been touched by his story have joined the bone marrow registry. He has had more setbacks with his chemotherapies. He has been hospitalized for chemo administrations as well as complications. Through it all he has remained happy and carefree. He loves his nurses and every roommate he has. He wants to befriend them all. He now has yearly visits to Ann and Robert Lurie Children's hospital, Star Clinic.  The clinic is for children that are cancer free five years from diagnosis or 2 years from the end of treatment.
Today he is a normal 11 year old, just following up with the doctors, making sure there are no lasting effects from chemo and radiation.