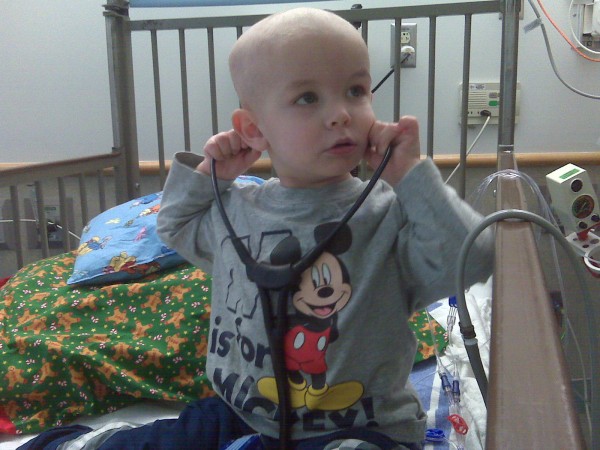 On October 21, 2009, Logan was found to have a mass in his abdomen. That night at Children's Hospital of Philadelphia, we were told that Logan had a tumor on his left kidney and it was called Wilm's Tumor. The tumor and left kidney were removed on October 26, 2009. The CTscan showed that the cancer cells in his abdomen were successfully removed however the cancer had spread into his lungs. He immediately underwent six (6) radiation sessions to his abdomen, and started his chemo treatments. After several weeks of chemo, the cancer in his lungs did not go away completely. Logan underwent eight (8) radiation sessions to his lungs. He continues with his chemo treatments. Logan is definitely a daddy's boy. He enjoys playing with his older brother, Kyle (4). He loves to watch Disney movies to include Cars, Buzz Lightyear, and Three Musketeers (cartoon). He will soon have a little brother (April 28th) to play with.