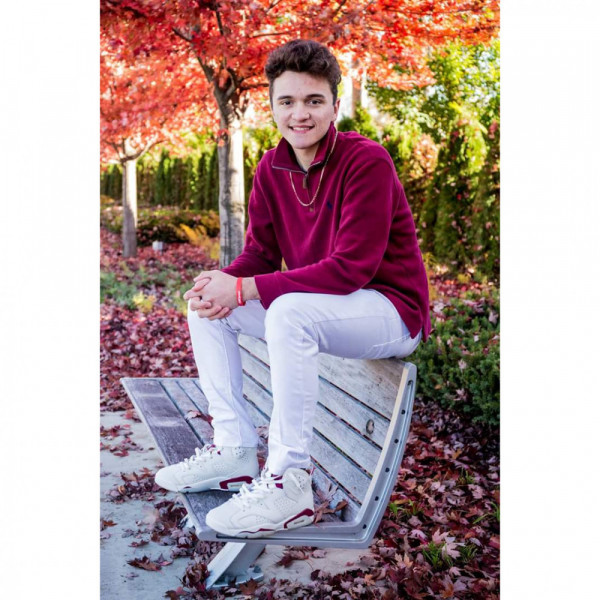 Alejandro is one of triplets. The other two of the trio are his sister, Jazmin and his brother Miguel Angel. They have an older brother, Guillermo Jr. May 20th of 2009, we got the news that Ale (as he likes to be called) had stage 4A Hodgkin's disease, which is cancer of the lymph nodes. By the time it was found (by a simple lump on his neck, no other symptoms!) it was already in his chest, neck and lungs, with several cancer tumors wrapping around his heart. With much prayer, love and the support of so many people, God took that cancer away by November 2009! While Ale still needs to go for maintenance for the next ten years, no cancer can be found! Praise God!!! Ale loves cooking and hopes to one day open his own restaurant. He already has his sanitation certification for the State of Illinois to do it too! His plans after high school include starting his college career in the culinary program at JJC then continuing on at a culinary school in Chicago.   He is so close with his brothers and sister which really helped him cope through the really rough times. We are so blessed to have all of our children with us and have learned to appreciate each moment with them like never before (like the triplets 17th birthday coming up on February 12th!)! In 2014, Alejandro celebrated being five years cancer free and was transferred to the survivor wing at Children's! This journey has taught us so much, and we appreciate every single minute we have together in this life now!