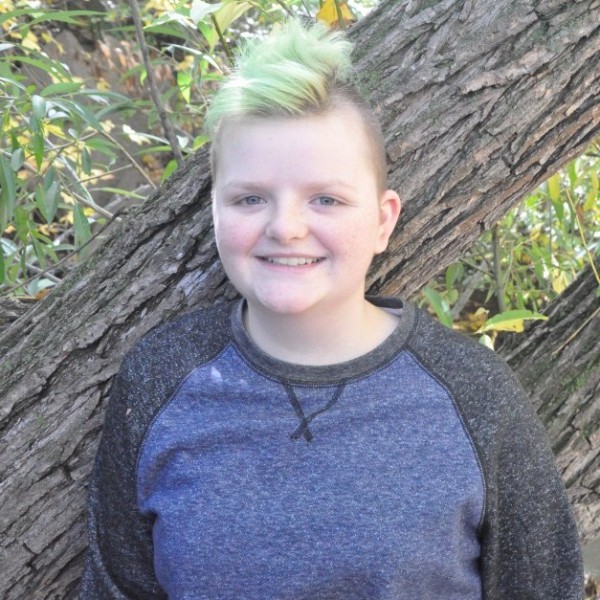 Apollo is a happy, intelligent and creative person. He likes theater, super heroes and spending time with friends.    He plans to be a set designer for theater when he grows up. In August 2009, Apollo began complaining about pain his legs, hip and back. This pain would come and go. He would also have occasional unexplained fevers. At one point, we had taken Apollo to the pediatrician who ordered hip x-rays, that were incorrectly read as normal. In late September, there was consistent pain in Apollo's knee. The pain was getting worse and worse by the day, requiring stronger pain medicine with each passing day. We took Apollo to the Emergency Room on four occasions before his diagnoses of Ewings Sarcoma on September 28th, 2009. Apollo has completed seven of 18 chemotherapies in his treatment plan and underwent surgery on January 20th to have the cancerous bone removed. Apollo has now been in remission from Ewings Sarcoma for four and half years. Unfortunately, in May of 2013 a blue mole on Apollo was leg was biopsied and found to be melanoma. It was removed, but returned in September. Apollo completed treatment for melanoma last March and is currently in remission from both cancers. As a result of his treatments, he struggles with chronic pain and other  chronic illnesses and challenges.  Despite these challenges, Apollo continues to persevere and enjoy life!