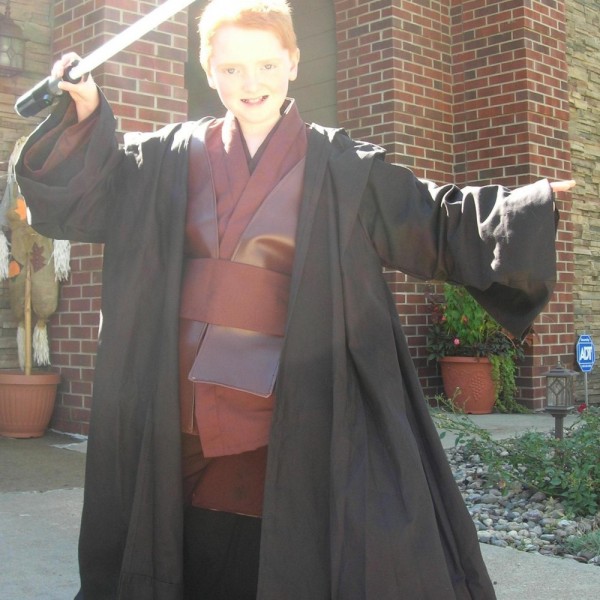 God has given us the opportunity to love more and laugh with our son Ian. His laughter and smile are unwavering, and his inner strength is that stronger than a jedi! His favorite movies to watch are Star Wars, which happened to be his Make-A-Wish trip, and Harry Potter. His imagination is endless, as is his enduring strength and personality. He likes to play with legos, action figures, and loves to draw, color, and write stories of his own creation, and put entries into his adventure book. His story began on February 5th of 2009 when he had to have emergency surgery to remove a tumor that had begun to bleed. We were very blessed to have the surgeon that we did who saved his life, and that started us on the road to recovery. Ian miraculously was out of Avera Hospital in 10 days, and out of physical and occupational therapy within 2 weeks. We then went to the Mayo Clinic to get his radiation and chemotherapy done, and the two hospitals have worked wonderfully together, and Ian is continuing to keep moving forward! In the fall of 2013, we noticed bruising on his legs. We took him in, and after a series of test, it was determined that he had Secondary MDS due to the chemotherapy treatment from his initial tumor. After a bone marrow transplant from Dad, who was a perfect match, he is on the road to recovery. His +100th day out from transplant will be the EXACT same day as his 5 years out from cancer diagnosis. Ian went to be held in Jesus' arms in paradise on December 21, 2014 at 7:19 p.m.. He died because of complications from his treatment. He lived out the last month of his life on his own terms, eating what he wanted to eat, drinking what he wanted to drink, watching what he wanted to watch, and doing what he wanted to do. He woke up that Sunday morning and said "I'm ready. Call Father Morgan." Don't worry buddy, we will continue to fight this fight here on Earth while you help in Heaven above.