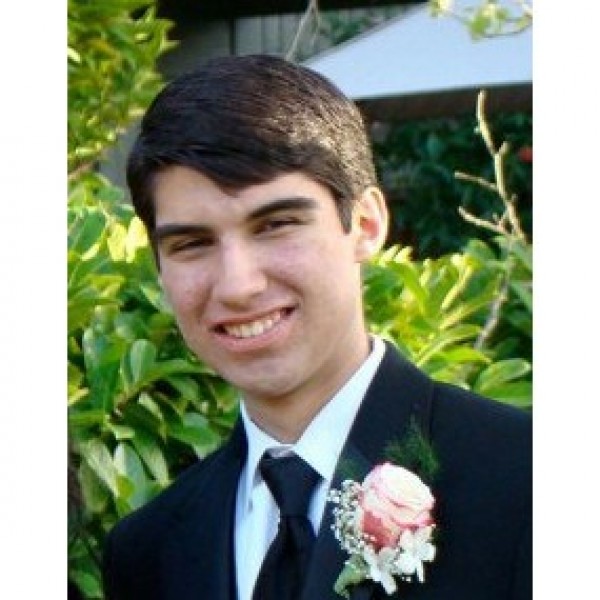 Ethan was diagnosed with a medulloblastoma in February 2009. In January 2009, while playing goalie for his high school soccer team, he was kicked in the head. The doctors thought he had a concussion, but when his dizziness didn't go away after several weeks, a head CT scan and then an MRI revealed a tumor. The tumor was fully removed on February 6th, 2009, and Ethan underwent 6 weeks of 5 days-a-week brain and spinal radiation with chemotherapy, 5 more MRIs, and 9 rounds of maintenance chemotherapy. He endured hair loss, weight loss, countless blood draws, and innumerable needle pokes to access his port. Through it all, he continued to go to school, see his friends, play the drums and the occasional game of Frisbee and soccer, and to maintain a strong sense of who he is. He finished treatment in May 2010, and thankfully, his MRI scans remain clear. Ethan's outlook remains positive and truly inspiring to those of us who are lucky enough to be with him every day. In summer 2011, he spent 6 weeks volunteering for a small community in Honduras through Amigos de las Americas. Now an undergraduate at UCLA, he has moved on from the illness that was. We applaud his enthusiasm and strong sense of self, and thank, with all our hearts, his fabulous neurosurgery and oncology teams for all that they have done for this remarkable young man.