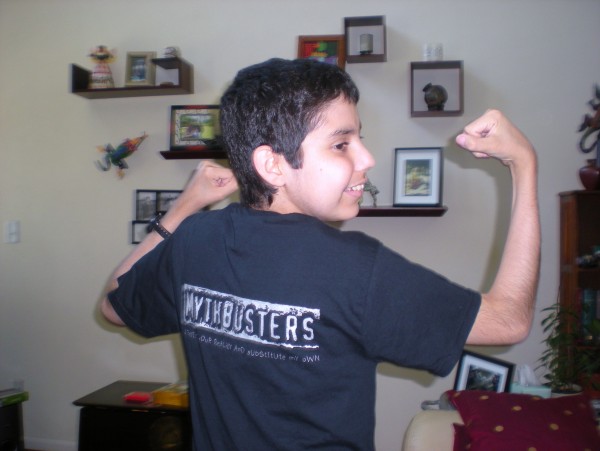 Jose Andres was a brave young man, a warrior, always a warrior, and fought a good battle. He was a young old man, an old soul in a young body. He was interested in life and tried to take as much as he could from it in the few years he had the chance to live. He liked to collect things, many things, but over all, he collected moments, thoughts and memories. He liked to travel and see the world, as well as to enjoy and celebrate with friends, even with no particular reason. He liked to talk, joke and laugh not only to feel good, but also to make others feel good. To feel his way through life was worthwhile, no matter how short the trip was. Jose Andres was diagnosed with Rhabdomyosarcoma in January 2005, a very aggressive type of cancer with metastasis in different part of his body. He was in treatment for more than a year, which included chemotherapy and radiation. After only five months in remission, he relapsed and the Rhabdomyosarcoma was back. He had treatment for one more year, and this time he had an older traditional protocol and also radiation, because no other treatments were available or were still in research. As a consequence of these treatments, Jose Andres developed Acute Myelogenous Leukemia (AML) and the recommended protocol was a Cord Blood Transplant that he had a Duke University Hospital. After this, he was in isolation for a year where he developed a cardiac condition and kidney problems as side effects of the treatment. On April 11, 2009 he was released from the isolation restrictions and on April 16 the worst nightmare appeared again, the Rhabdomayosarcoma was back. Since there were no other available treatments, he was part of a Clinical Trial Stage 2 with no success. After almost five years fighting with cancer, our beloved Jose Andres earned his wings and could finally be free on September 30, 2009. We love him so much, miss him deeply and will keep his legacy forever with us. He will always be our champion, our warrior and our hero.