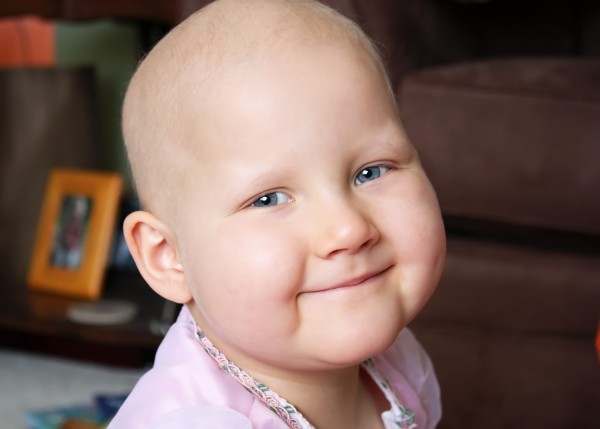 Written: August 2009 Avery, Austin, Aaron, and I (Heidi) were in Vermont visiting Heidi's brother and noticed Avery's lymph nodes were extremely enlarged under her chin and by her neck. Karen (sister-in-law) and I took Avery to the ER figuring we would get an antibiotic for the infection and go home. When the ER doctor came in to tell us that Avery’s white blood count was low and he wanted to look at them more closely, I started to worry. After waiting for a while, the doctor finally came in and told me that Avery’s white blood cells had blasts with her normal cells. Ultimately that meant that Avery most likely had leukemia. I broke down. After that discovery everything happened so quickly! The ER doctor called our pediatrician, our pediatrician called the Oncologist at CDH (Central DuPage Hospital), and then the Oncologist called us in the ER (Aaron was now there too). He told us that he wanted to run a few more tests on Avery to make sure it was all right for her to travel. (We had an 18-hour drive home ahead of us) Her tests came back good and she was cleared to go home. The doctor thought it would not be a very good idea for Avery to drive the 18 hours home just in case she got sick along the way, so Avery and I flew home while Aaron and Austin drove 18 hours straight to the hospital. When Avery and I got to the hospital she was admitted immediately. She got an IV put in along with some of her blood drawn. The following day she had a bone marrow aspiration to confirm that she had leukemia. Then the bone marrow was sent off to local Chicago hospitals to see what type of leukemia Avery had which we found out was ALL. From there she had to get a port put in her upper right chest. This port is where she will get all further, IV fluids, blood draws, transfusions, and medicines. The port is under her skin and cannot be seen but it can be felt. Avery is very protective of her port and will not let anyone touch it, even the doctors and nurses sometimes!! The first week in the hospital was very difficult; having to adjust to your daughter having cancer and then trying to make sure you are there to comfort and ease the pain for her while she is going through some pretty horrible stuff. When it was time to go home we thought that would be a relief, but then we realized that she was three and we couldn’t make her take her medicine. So that was a battle that we had to tackle and succeed. We decided to go the truth route and told her what was going on and what she had to do to get better. She did not like the idea but she did warm up to it after a while and started to take her medicine without much fuss. The steroid that she was on the entire month not only made her eat non-stop, but she also lost all the life from her. It was so sad to see her just lying around all day and night not having the energy or motivation to do anything. It is amazing to see how medicine can change a person so quickly! Going to the clinic was not too much fun either, especially getting “pokies,” but again this is not something that is negotiable. So the first couple of weeks we had to hold Avery down so that the nurses could access her port. Once the port was accessed, Avery was fine because everything (blood draws, Chemo, transfusions, etc) can be done through the port. On most visits throughout the first month, which were twice a week, Avery had to get blood transfusions also. She either had low platelets or low plasma because of the Chemo she was getting. So she would have to get her Chemo and then wait for the fresh blood to thaw out to have it put into her. We also had to stay a night at the hospital that month because Avery had a low-grade fever. If her fever gets over 100.4 she would have to go to the hospital. This is just to make sure Avery has not contracted a virus or something. Her body at this point could not fight off anything right now.