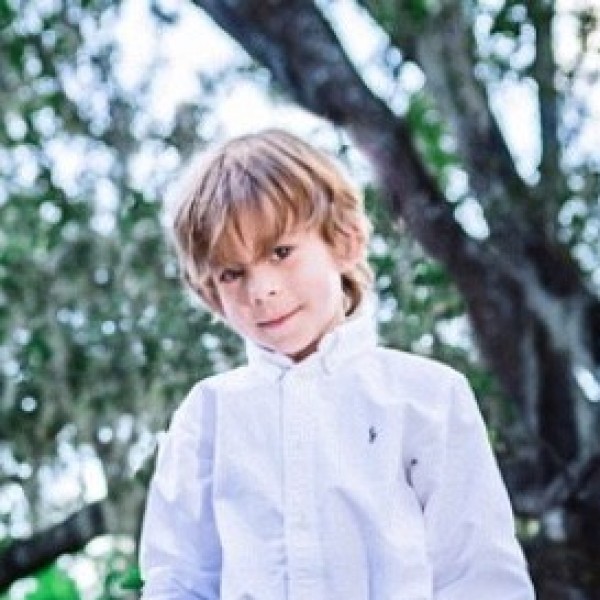 Blakey (Blake) is such a fun little boy and he brings such joy to everyone he meets- EVERYWHERE! It's hard for his family to take him anywhere without having people stop them to say something to him or about him- he just has that something special about him. He loves playing in the water in the tub or at the beach (now that he has his Broviak out!) and sliding down the slides all by himself at the playground. He thinks dogs are hilarious and he loves anything with wheels. He also LOVES his stuffed animals- just like his mom did when she was little. He doesn't eat much but he has been known to down a whole bag of Cheetos in a sitting! He also loves Cheerios and will feed them to you if you let him. His happiness is infectious- even the nurses at MSKCC fight over who gets to take care of him! The day Blakey was diagnosed was the worst day in the world for me (his mom). Almost 10 months old, he'd just begun using the couch to hold on to while he moved about on his feet- but not quite ready to let go and walk on his own. And I remember, while I was sitting in the small "special care" room at the hospital in the sedation area while he was getting his first CT scan, all I could think about was, "how was my sweet and perfect little boy going to learn to walk in a hospital bed?" Just a few days later, he went for his initial biopsy of the large tumor off of his left adrenal gland. As the dr's took him away in a crib, that was when I said to God, "He's yours God. I lift him up to You." Today, Blakey is doing fantastic and has been in remission since late February 2009. His family, friends, and the many people he's touched along the way still continue to pray for him everyday. We are so thankful for this and thankful for the wonderful drs, nurses and social workers that have helped us throughout this journey.