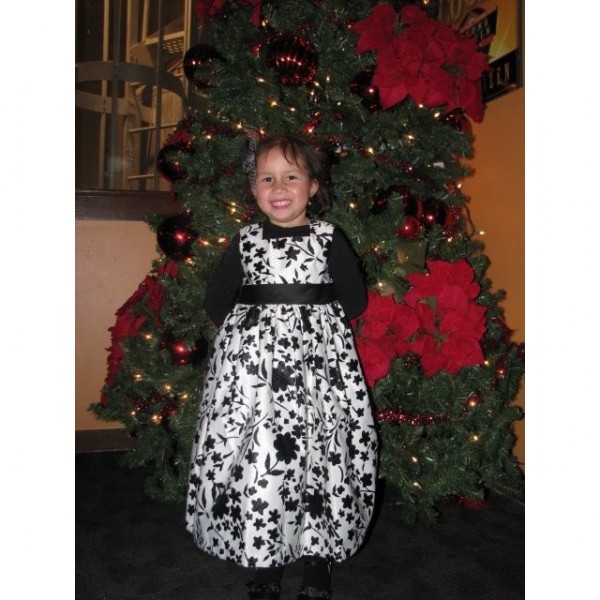 Hailey Mercedes Abrego came into our world to fill our lives with laughter and love on March 31, 2006, joining her older sister Hannah. At 3 years old, she is full of life and quite the adventurer just like her favorite cartoon character Dora the Explorer. Around the beginning of June 2009, Hailey began acting very lethargic and sleepy. She kept asking her mommy for more and more naps and wasnt her active self. Some thought she was simply fighting a common cold or going through a growth spurt, but her family knew this wasnt right. She had such little energy and wanted to nap over playing outside with her beloved puppies. After much persistence on her parents part, tests were ran and specialists were sought. On Monday, June 8, 2009, proved to be a devastating day for us all, Hailey was rushed to Kaiser Oakland and it was determined that Hailey had a brain tumor. The road has been a long one in just one short month for Hailey. She underwent her first surgery within days of the first MRI, discovering she had a brain tumor. The first surgery, a biopsy, diagnosed Haileys tumor as a pineoblastoma, which formed near the pineal gland. The pineal gland is a tiny organ in the brain that produces melatonin, a substance that helps control our sleeping, waking and other various daily activities. The Tumor was malignant and very aggressive, so plans were made immediately for the removal. On June 16, 2009, Hailey underwent brain surgery within a week of diagnosis. The 15 hour surgery went really well and the surgeons were confident they removed the entire tumor. Hailey had just over a week of rest before she had to undergo yet anther surgery to implant a port into her chest so she can undergo Chemotherapy since she is so tiny and her little veins cannot withstand the Chemo process. Hailey has triumphed and overcome so much in the first month, and has proved to be a truly strong little girl. There is still a long road ahead of her, but we know with prayer and encouragement she will overcome the obstacles that come her way. Hailey is a true survivor and hero to us all, and has shown us the true meaning of courage and determination.