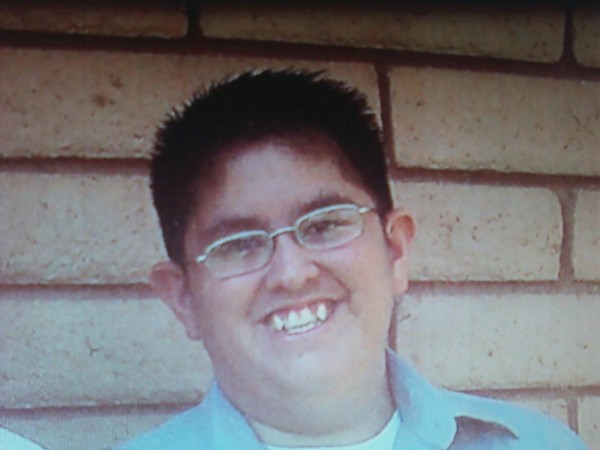 Brandon was handsome, witty, compassionate, and courageous. He was a noble young man with a heart of gold and an unwavering faith in God. He loved his family, hanging out with his friends, playing basketball, the Pittsburgh Steelers, and he loved having family cookouts. Brandon began his first battle with Acute Lymphoblastic Leukemia (ALL) on October 6, 1996, as a kindergartner at Hillrise Elementary. He was put into remission almost immediately, but continued his battle with meds and chemotherapy for three years. He was in remission for almost six years, when again, in April 2002, at the tail-end of his fifth grade year, Brandon began a second battle with leukemia. He began his sixth grade year of school on the Home Bound Program. This battle was a hard fought battle, the leukemia was a little stronger and the chemo was harsher, but being the brave fighter that he was, Brandon did not give up, he once again became the victor and was put into remission. He was able to start attending school at Sierra Middle School, and continued the fight with meds and chemo for over two years. Brandon remained in remission for four years. He was a hard-working young man, he loved his job and the people he worked with at the Albertson's on Lohman. He finished his tenth grade year of school at Las Cruces High and had just celebrated his 17th birthday, when on May 31, 2008, the leukemia came back full force. This time, the leukemia, being stronger and more aggressive, the meds and chemo, in retaliation were harsher and more aggressive. Along with the meds and chemo, Brandon would be facing a bone marrow transplant. Numerous bone marrow matches were found, he was to receive the transplant in October at the Denver Children's Hospital. On September 1, 2008 after a week of chemo, Brandon became ill, he was on board an air-evac plane heading to the Albuquerque Children's Hospital, when in the air, above New Mexico, Brandon's last battle with leukemia ended, the battle, however, was won! In the words of his favorite song Still I Stand, by TI, which Brandon considered, I guess, sort of his fight song: I hope the picture paint it clear If your heart is filled with Faith then you can't fear Wonder how I faced years and I'm still chillin'-- Easy, let go and let God deal with it I ain't dead, I ain't done, I ain't scared, I ain't run Still I stand, No matter what, here I am... Throughout his battles, Brandon showed with his beautiful smile, that no matter the odds, the pain, or the fight...never give up.