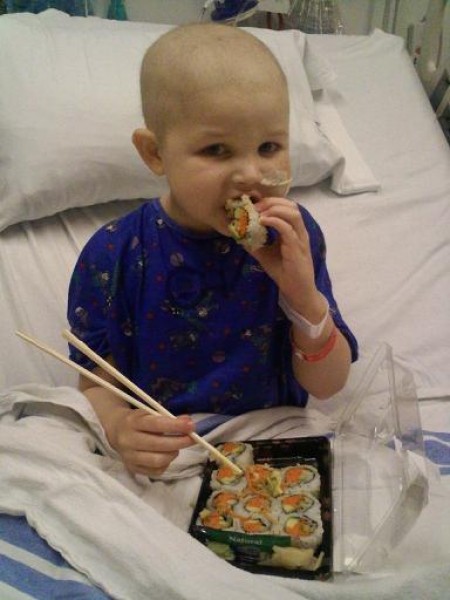 Ricky McAvaddy was born on November 22, 2002, weighing in at 8lbs 2 oz. He was a picture of health at every well visit. He hit every milestone early, especially walking when he was only 8 months old. Ricky attended daycare starting at the age of 18 months and loved every minute of it. Ricky was very active especially in the summertime where he became an instant waterbug. He was very happy in his grandparents' pools or jumping the waves at the beach. On Thursday, October 5, 2006 after taking him out of the bathtub, I noticed he had little purplish freckles on his chest. I thought it could be a possible virus because nothing else was going on with him. Monday morning, October 9, 2006, Columbus Day the day started out normal. We went to breakfast, made a doctor's appointment for both children because my daughter had a diaper rash, then we were going to go to Smithville and ride the train after the appointment.......we never made it to Smithville. Instead we were sent to Shore Memorial Hospital for stat bloodwork. The purplish freckles were petechiae, a side affect from Leukemia. At 8 pm we were picked up by Children's Hospital of Philadelphia and were there for a month starting Ricky's first round of chemo at the age of 3. Ricky is diagnosed with Acute Lymphoblastic Leukemia. He goes twice a month to see his oncologist at the Children's Hospital Specialty Center in Voorhees, New Jersey and receives chemo at home everyday. He will be done with chemo in the year 2010. He is doing well and we are looking forward to a positive outcome. April 2009, Ricky relapsed. His protocal was switched to more intensive chemo with radiation. Feburary 2010, Relapse. Ricky's cure, Bone Marrow Transplant. He will endure higher doses of chemo and full body radiation. Unfortunately after trying all that was possible including going to the National Institute of Health, Ricky never reached another remission. He fought hard, however he joined our Lord in Heaven on October 22, 2010. Please donate to find a CURE or better drugs to treat this horrible disease. Words cannot describe how difficult it is for any family to have to go through this.