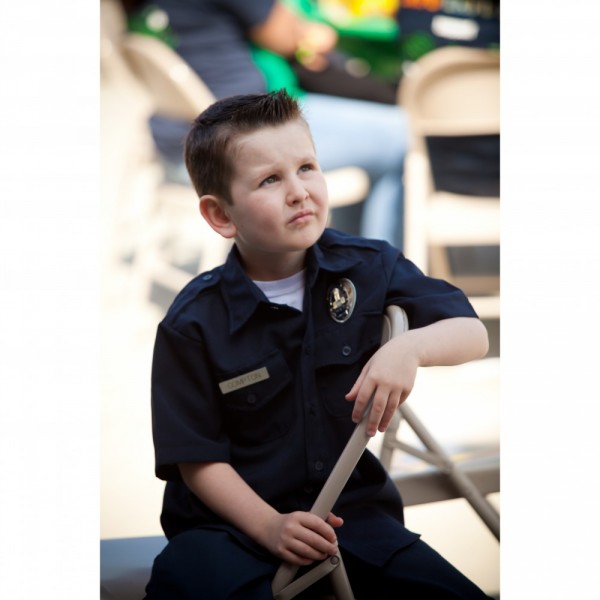 Our son, Ryan, was diagnosed with Acute Lymphoblastic Leukemia, in March 2007, when he was only 22 months old. The day that he was diagnosed was just the beginning of a life changing and tumultuous fight for his life. Ryan initially had to endure 3 years and 4 months of standard therapy for his leukemia, which consisted of numerous bone marrow aspirations/biopsies and spinal taps under i.v. sedation, surgery to implant his Port-a-Cath, steroids, painful intramuscular chemotherapy injections, intravenous chemotherapy, and daily oral chemotherapy. He completed this treatment on July 3, 2010 (on our wedding anniversary), and we celebrated this momentous milestone with a spectacular camping trip at Lake Powell with our family. Sadly, ten days later, we learned that Ryan’s leukemia had returned… Anytime a child with leukemia relapses, it’s disheartening and even more terrifying than the initial diagnosis, due to the fact that the prognosis for relapsed ALL is poor, with cure rates for high- to low-risk ALL ranging from 10-60%. For relapse therapy, Ryan was treated as a very high risk case, and had to spend most of the time as an in-patient. He had to endure much more aggressive chemotherapy, which included many more spinal taps, bilateral bone marrow biopsies/aspirations, painful intramuscular injections, steroids, and oral chemotherapy in order to try to attain a second remission, so that he could have a bone marrow transplant. He almost didn’t survive relapse therapy. Despite this, he was unfortunately not able to attain complete remission, but we still opted to proceed with a bone marrow transplant, because his leukemia was thought to have become chemotherapy resistant and the transplant was his only remaining chance for a cure. In order to prepare for the transplant, he had to endure "pre-conditioning treatment," which consisted of four days of Total Body Irradiation two times per day (his lifetime maximum dose of radiation) and under i.v. anesthesia each time, followed by one day of ridiculously high dose chemotherapy. He had his lifesaving matched unrelated bone marrow transplant at City of Hope on November 16th, 2010. His kind donor was a perfect 10/10 match. Ryan spent an additional 45 consecutive days in the hospital during his transplant process, mostly in isolation, meaning that he could not leave his hospital room. We spent the better part of the last seven months of 2010 living at the hospital with Ryan, broken up with a few stays at home. At 30 days post-transplant, he had no evidence of leukemia, and today, over 2.5 years later, he is still leukemia free!!!! We feel incredibly fortunate that Ryan is still with us; that he is thriving, growing, energetic and very joyful. Ryan is now 7 years old, and he is doing remarkably well! He does have some long term side effects from his cancer treatment, which include learning disabilities; however, he meets those challenges the same way he met the challenge of fighting cancer twice—mostly with a smile on his face, and without ever dwelling on the negative. He is an incredibly resilient and upbeat little boy that lives in the now. Ryan requires a dedicated 1:1 aide at school to help keep him on task, due to his learning disabilities. He loves his teacher, his aide, his friends and his entire education team. He also still requires various therapies to help him catch up with his peers, and as part of his rehabilitation, he has been enrolled in karate since last year. He loves karate, swimming, soccer, playing outside, taking trips to the beach, mountains and deserts, playing with his friends and cousins, Legos, trains, video games, books and stuffed animals. Even though Ryan is doing well and thriving, our family remains committed to finding a cure for pediatric cancer, and less toxic treatments. We’ve shared the details of his treatment in order to let others know how rigorous, potentially & sometimes deadly, and toxic the current treatment protocols are for kids who are fighting cancer. We realize that without the important advances made in leukemia research in the past 30 years, Ryan would have had a less than 5% chance of surviving from the start. Today, the overall survival rate for most children who are diagnosed with leukemia has grown to 85%. As part of this journey, we have developed a very keen awareness of how precious life is, and we realize that every child who is forced to fight this brutal battle does not survive. We have several close family friends who are no longer with us, despite very courageous battles. In addition to what we witnessed throughout Ryan’s arduous journey, our memories and love for our precious young friends have affected and shaped us profoundly. These are the reasons why we continue to raise funds for pediatric cancer research, which remains severely underfunded and overlooked, especially when compared to funding for research and support services for most adult cancers. We do this in honor of Ryan’s courageous battle, in memory of our precious loved ones, and for all the kids who still in treatment or who are yet to be diagnosed. We want to help to not only find a cure, but shed light on direct causes, prevention and less toxic treatment protocols. Kids deserve a chance to live and thoroughly enjoy their childhoods, and parents deserve a chance to watch their kids grow up and have children of their own. Please help us to make this a reality for ALL CHILDREN and their parents by donating to the St. Baldrick’s Foundation, which is the largest private (non-government) funder of childhood cancer research grants. Thank you.