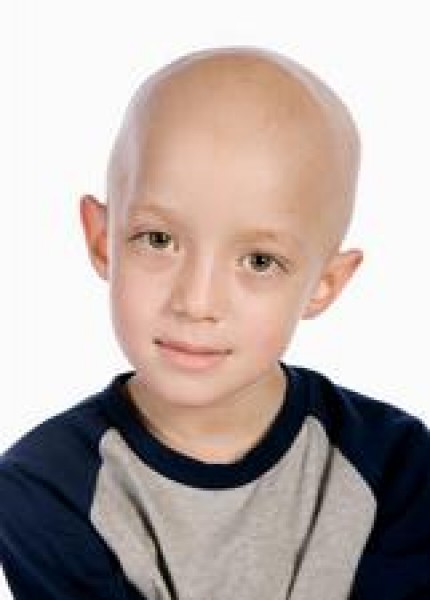 For several weeks before Ethan's diagnosis in the Fall of 2007, he would experience incredibly painful headaches at different times of the day, but nearly every day. The headaches became more frequent and he began vomiting and felt very fatigued. We took him to his pediatrician and began a two-week course of pain reliever to be given at night to see if that would help control the headaches. We were also asked to monitor Ethan's eating and sleeping habits as well as other activities throughout the day to see if there were some sort of link between them and the headaches. After starting this regimen, I took Ethan and his brother to my parents' house in Mississippi for their Fall Break. Days later, Ethan began to deteriorate quite rapidly. He would stumble and walk into walls and other things. His headaches were just as severe as before, but what moved me into action to take him to the doctor immediately was the fact that he no longer complained about his headaches and had developed a blank, glazed-eye stare. Feelings of helplessness and frustration turned into fear. The local pediatrician who saw Ethan knew after a few minutes that Ethan had a tumor in his head and had us go immediately over to the hospital for a CAT scan which, indeed, revealed a golf ball-sized tumor in the back of his brain. We then were told to go to the ER for a shot of steroids to help control the swelling in his brain and keep him stable until we could drive up to Memphis and start more tests to determine the best way to remove the tumor surgically. Ethan's surgery went well and the tumor was completely removed, leaving no trace. Other tests showed that the tumor cells had not spread to other areas of the body. But, since his type of tumor is very aggressive, he would need radiation and chemotherapy to help make sure that no rogue cancer cells remained (it only takes one, you know). We were moved over to St. Jude Children's Research Hospital for the duration of Ethan's treatment. He underwent a thorough evaluation and was ready to begin radiation the first week of November 2007. After six weeks of radiation, he was allowed to go home for a month to rest up in preparation for his chemo, which began the first week of Feb., 2008 and lasted until May 2008. Ethan underwent an autologous stem cell transplant to enable him to heal more quickly after each round of high dose chemo. During his chemo treatments, Ethan became a big fan of Jackie Chan and really wanted to take martial arts classes when he got back home and was stronger. This small goal really helped to keep Ethan's spirits up and when we returned home later in the summer, we enrolled him in karate (partly because he wanted to do it and partly to help him regain his strength and coordination, both of which needed a lot of work after his battle). Ethan also loves science and has fun making different experiments and trying to invent things. He is a wonderful friend and will drop whatever he's doing to help someone out. We kept a journal for friends and family to visit and read up on how Ethan's treatment was progressing (and also as a record of daily life for Ethan to read later so he can recall his cancer battle). Feel free to peruse it if you wish. www.carepages.com/visit/EthanPhilip Thank you! Our family will always do whatever we can to help other children and families who have to fight the awful cancer beast. Call upon us anytime and we will all drop whatever we are doing to help out however we are needed. --Elizabeth Scott-Smith