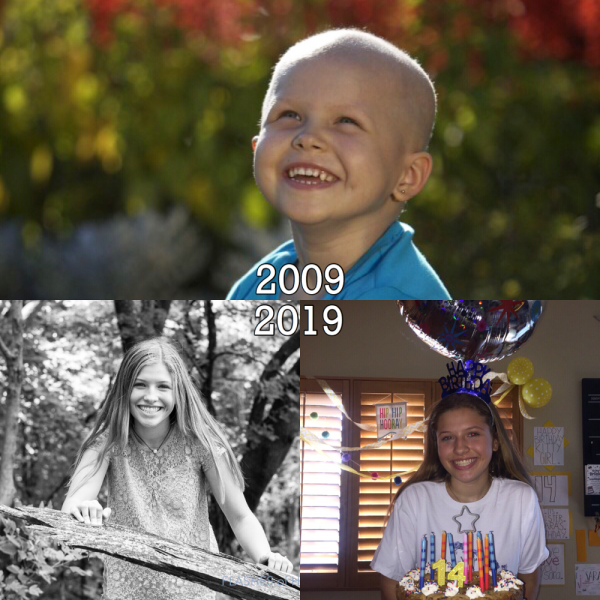 2010 Ambassador Kid In October, Sara woke to her big sister singing "Happy Birthday," the rare smell of pancakes drifting up from the kitchen, and homemade birthday signs throughout the house. Later that day, her classmates dressed her up as a princess - crown and all - as they celebrated. Sound typical? "It was more than a fifth birthday," said Erin, Sara's mom. "It was a day of being thankful for the opportunity to enjoy Sara." In late 2008, Erin and her husband, Joe, found a lump on Sara's side while giving her a bath. The doctors suspected cancer, and after several tests, diagnosed Sara with Wilm's tumor. Sara had surgery to remove her left kidney and a twelve-centimeter tumor, but the cancer had also spread to her lungs and liver. After one year of treatment, Sara's scans show no evidence of disease (NED). All through treatment, Sara's family remained positive. "Cancer made us all better people. We always look for the good in every situation." And this 5-year-old little girl's zest for life is proof. Sara spends her mornings at preschool, afternoons following her older sister's lead, and practices her nursing skills on any willing person, already prepping for a future career as a pediatric oncology nurse. Even her hair is beginning to grow back, though she's rather disappointed that it isn't coming in blue. Photo by Kirk Shepherd Photography _______________________________________________ Sara was Diagnosed with nephroblastoma (Wilm's Tumor) on 12Nov08. The tumor on her left kidney was 12 cm, and spread to her chest and liver. Sara underwent 6 week of chemo before they removed her left kidney on 30Dec08. Following the surgery Sara will undergo 11 straight days of radiation treatment and 27 more weeks of chemo. Sara is a fighter, but she's not fighting this alone. Along with myself, my wife and our two other daughters, family and friends we are fighting this as one. LET'S GO SARA BEAT THAT CANCER