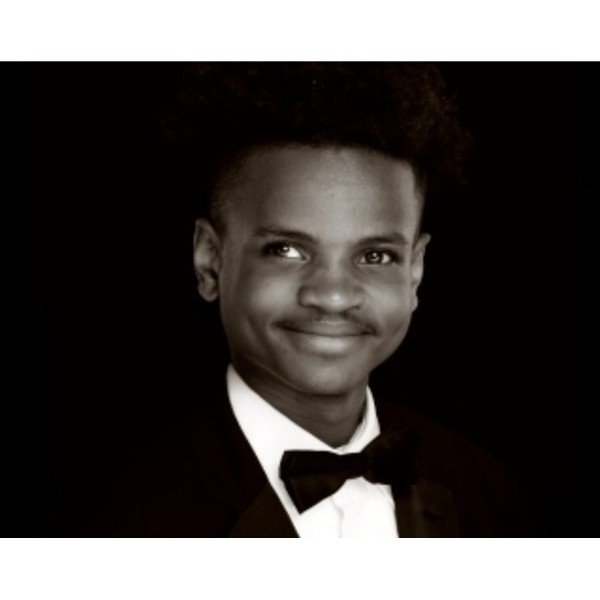 2010 Ambassador Kid Five-year-old Khalid looks up at the sky in wonder as he dreams of walking on the moon. It may seem like a passing childhood dream, but this is where the future begins. As a young child, astronaut Buzz Aldrin had the same dream, and the world watched as he made his mark on the moon's surface. But Khalid has neuroblastoma, one of the most deadly forms of childhood cancer. As a rambunctious 2-year-old in a house full of nine children, Khalid's uncharacteristic lack of energy and low-grade fever were signs of a common cold. But when he dropped two pounds in a week, Danielle took him to the emergency room where multiple tumors were discovered. His treatment began immediately and soon cost him the sight in his right eye, partial hearing loss, and very possibly, his chance to walk on the moon. But today, Khalid is in remission, and time once spent at doctors' appointments and in chemotherapy treatment is now used for jumping off the living room couch, eating as much cake as his parents will allow, or reciting his alphabet as he excitedly prepares for kindergarten. Though Khalid may not travel into space, research has saved his life and has given him a second chance. He'll go to school, play soccer, go on a first date - and someday, maybe he'll watch his own child reach for the stars. Photo by Rachel Kemble Photography _______________________________________________ Khalid was diagnosed with Stage IV Neuroblastoma on March 26th, 2008. He has 6 brothers, Eric, Tyree, Korey, Basir, Brandon and Ahmad, and two sisters, Erica and Alina. Khalid loves Dora the Explorer, Diego, and Max and Ruby and will stop whatever he is doing to watch them. His favorite color is green and his favorite song( and dance) is "Chicken Noodle Soup". To date, March,26,2009( a year later), Khalid's little body has endured, 3 echocardiogram, 4 abdominal x-rays, 7 CT scans, 1 bone scan, 3 mIBG scan, 2 renalgram, more blood tests than I can count, 7 blood transfusions, 3 platelet transfusion, 3 minor surgeries, 4 bone marrow aspirations, 1 stem cell pheresis, 1 major surgery(8 hrs of it), and 6 rounds of chemotherapy, 1 autogolus stem cell transplant, 2 placement s and 1 removal of a port a cath, placement and removal of a hickman catheter, loss some high frequency hearing and loss of his left kidney function, 14 cycles of radiation(over 7 days), and 3F8(finished 4 cycles so far) antibody therapy. We just got our last scan results and Khalid is N.E.D!!!!!( No evidence of disease) We are thrilled! Visit Khalid anytime at www.caringbridge.org/visit/khalidamos