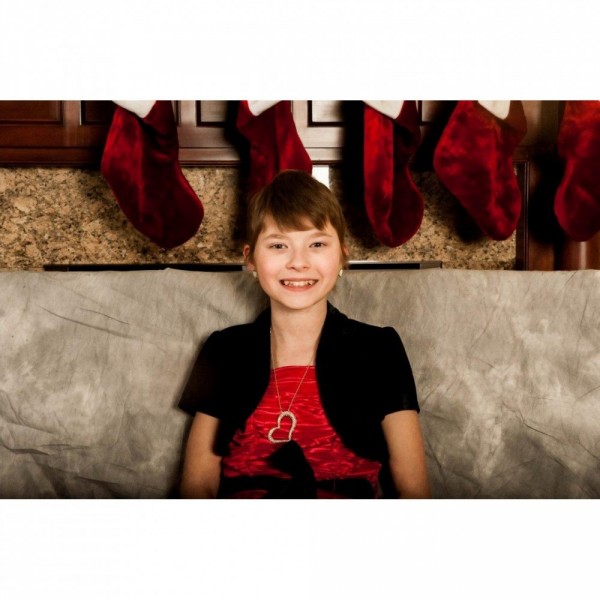 Juliana was the youngest of our six children. We adopted our beautiful, spunky daughter from Minsk, Belarus when she was twenty months old. Juliana was a very happy, outgoing, independent girl with an incredibly positive attitude. She will always be the bravest girl we'll know. Juliana was first diagnosed in March, 2007 and got 14 rounds of chemotherapy and 6 weeks of daily radiation. She was cancer free at the end of treatment and remained cancer free for the next three years, however in March, 2011 she relapsed. After another 12 rounds of chemo followed by 5 more weeks of daily radiation she was once again cancer free, but it was not to last. Juliana relapsed a second time in June, 2012, just four months after completing her relapse treatment. She was given yet another 12 rounds of chemo followed by 10 weeks of daily radiation and, much to the amazement of her doctors, was once again pronounced cancer free in August, 2013. She received maintenance chemotherapy which consisted of daily oral chemo plus IV chemo infusions at the hospital every other week. Juliana's oncologist planned to continue giving maintenance chemo for at least two years. Through all of the years of getting chemotherapy and radiation, weeks and weeks of being inpatient at the hospital, dozens and dozens of blood and platelet transfusions, many neutropenic fevers and surgeries, pain, neuropathy, nausea and mouth sores, no matter how bad she feels, Juliana always had a smile on her face and rarely ever complained. Juliana loved playing video games, riding her bike, swimming, cooking and baking. She loved animals, especially her dog, Maddie. She also liked painting, making crafts and reading. Juliana wanted to be a chef when she grew up. But Juliana passed away on October 24th 2016 after a long and valiant fight, and she will be loved and missed forever.