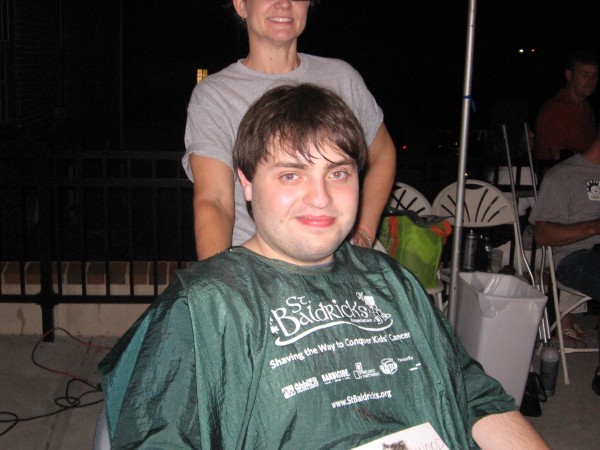 David was diagnosed with Acute Promyelocytic Leukemia on April 16, 2002. He entered the hospital the same afternoon. He was in the hospital for 28 days and lost 26 pounds. He was in remission and able to return to school in August. Things went well until May of 2004. David played baseball all spring on his 9th grade team and was probably in the best physical shape of his life. However in May a blood test came back skewed. A bone marrow biopsy was performed and he had relapsed. Before we even told David the results the next day his brother had already gone to Chapel Hill and had blood drawn to see if he was a match for David. It turned out that he was a 10/10 match for David. He was treated all summer with arsenic trioxide, to get him back into remission. His bone marrow transplant occurred on September 23, 2004 and was successful. He graduated from high school in 2007 and David graduates from UNC-Greensboro on December 15, 2011.