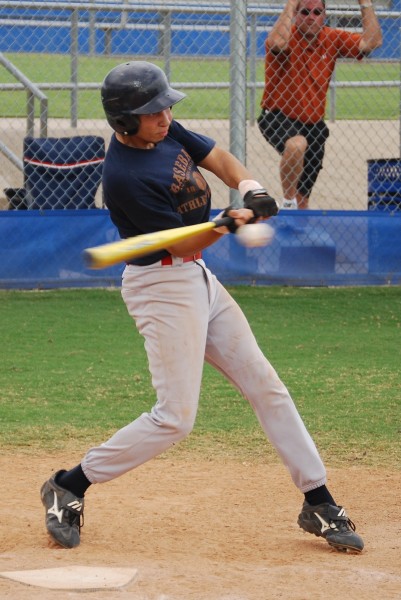 Marcel Lorant Pena, born August 20th in Carrollton, attended Newman Smith High School. He loved playing baseball and soccer and had also just started wrestling. However, his promising career was cut short in March 2007 when he was diagnosed with what doctors thought was Rhabdomyo Sarcoma. After further tests, Children's Medical doctors found that it was a new Undifferentiated Sarcoma, which was 10 times more aggressive. After unsuccessful chemotherapy and radiation therapy, the tumor was removed from his left cheek on Aug. 24, 2007, four days after his 18th birthday. Three weeks later it returned stronger than before; the doctors deemed it inoperable. Marcel passed away on St. Valentines Day, Feb. 14, 2008, but not before filling hearts with love and touching people from all over the world. He even brought his family back together again, where they belong! Marcel now runs down fly balls hit to center field as he plays for The Heavenly Angels and is the leading scorer on the Jesus Christ All World Soccer Club. - George Pena