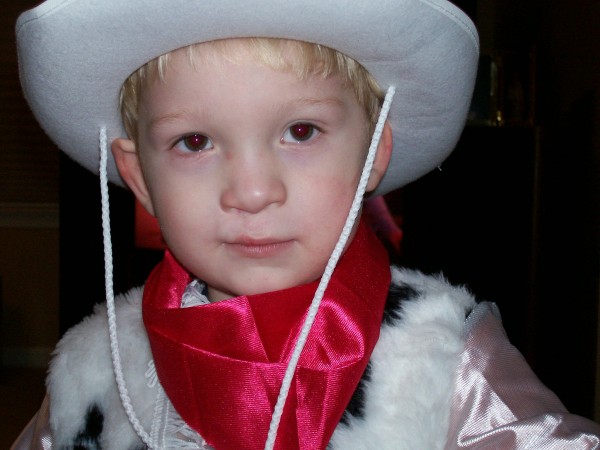 Vinny DiGerolamo at 9 years old had battled Embryonal Rhabdomyosarcoma 4 times in 5 yrs. Vinny was 4 yrs old when the Rhabdo was in the sinus cavity, base of the tongue, behind the left eye, and in the Left Temporal Lobe of the brain. He endured 43 weeks of Chemotherapy and 5 1/2 weeks of Radiation therapy, and was cancer-free for 9 months. After "winning" his first tumor in 2008 after 11 months of treatment, he relapsed in November 2009 in the lung. Vinny relapsed again with orbit and sacrum tumors in June of 2011. After being cancer free again, Vinny relapsed a 4th time with 5 new tumors in his Spinal Column on November 15, 2012. He was sent home on Hospice December 21st, 2012, and earned his wings on February 18, 2013. He had the sweetest nature and had been so strong. Vinny loved playing with his 15-yr-old sister, loved learning and dancing. Vinny's favorite colors were yellow, green and blue. and he talked all the time about cake, ice cream cakes and all different flavors of ice cream. He loved Legos and was a huge Lego Collector. He was also a big Star Wars Fan!!! He was such a sweet little man and will forever be our strongest hero!