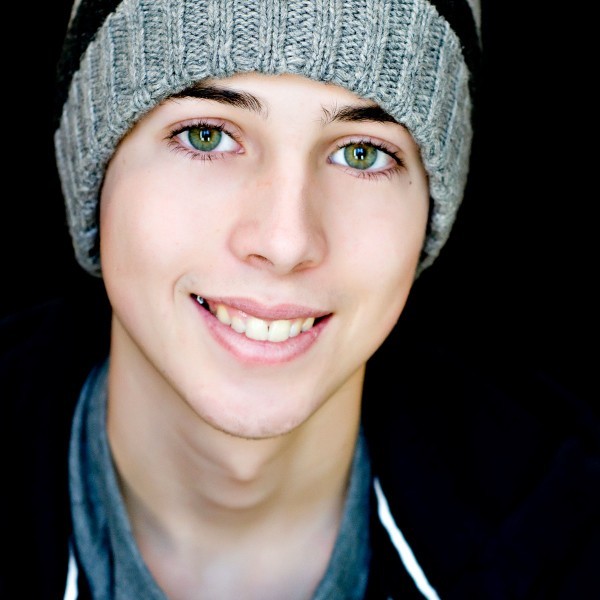 One of five St. Baldrick's Foundation 2013 Ambassadors Read more of Jordan's story on our blog. Jordan was an only child and grew up in a wonderful neighborhood in Southern Maryland called “Wildewood.” He was extremely close with a tight group of friends that called themselves the “Wildewood SEVEN.” They met in elementary school and were inseparable as they made their journeys into high school. Together, they enjoyed and experienced the fullness of life while supporting each other in every endeavor. At the tender age of 16, Jordan was told that he had a rare cancer of the soft tissue – so aggressive, in fact, that upon diagnosis the doctor simply said: “Jordan, we have your diagnosis. It’s alveolar rhabdomyosarcoma, and you will most likely not survive.” Jordan responded with strength and an overwhelming sense of calm. Jordan had enjoyed all the usual teenage things—sports, video games, computers, and hanging out with friends. He was an accomplished runner and looked forward to returning to his high school’s cross-country and track teams. But because the cancer started in his hips and threatened to cause a catastrophic fracture, that dream never came true. Jordan was a magnificent beacon of strength and hope. He never complained, never felt sorry for himself, and always had faith that he could beat the disease. His parents believe his destiny was to inspire and enlighten others to the privilege of life, while focusing their faith and re-igniting their spirits. Jordan passed away in 2009, just five short days before his 18th birthday. He died peacefully—in his house, in his bed, and on his terms. He had his parents by his side and was surrounded by love. He was the very definition of grace, courage and strength under pressure. He radiated positive energy and love on everyone around him, and his ability to accept his fate, yet continue to un-remorsefully live his life with passion, hope and unrestrained joy was utterly astounding. Jordan’s friends were extremely supportive throughout his treatment and during hospice. They now call themselves “the Wildewood SEVEN—ONE in Heaven,” while always remembering his strength, his struggle, and his exceptionally inspirational life. __________ Jordan's story, as written by his family: Jordan is our HERO!! Day in and day out, he amazed us with his strength, courage, and determination to rid his entire body of Alveolar Rhabdomyosarcoma (pronounced: Al-ve-o-lar Rab-doe-my-o-sar-co-ma) which is a soft tissue cancer of pre-muscle cells. His attitude and incredibly positive outlook on life was an inspiration to us and his worldwide network of supporters. Everyone was drawn to his warm and laughable personality and we are all blessed to have had him in our lives. Jordan enjoyed all the usual teenage things like sports, video games, computers, and just hangin out with his friends. He was quite an accomplished runner and looked forward to returning to the High School cross-country and track teams once he finished treatment. Jordan loved playing video games on his Xbox system and had even gotten his Mom and me into the Guitar Hero and Rock-Band craze. He had not fully decided on what career he intended on pursuing; however, he was interested in biology, archeology, and other areas in the applied-sciences field. For more updates, please visit his web site at: www.caringbridge.org/visit/JordanPaganelli