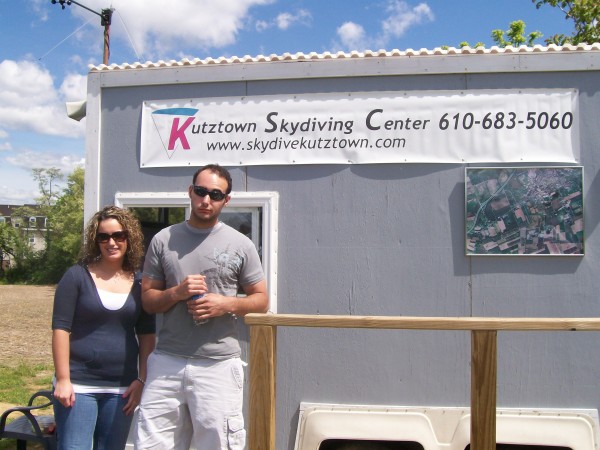 Jon is an amazing, strong and high spirited young man! He was diagnosed with meduloblastoma, a brain tumor on September, 7 2006. Jon was starting his senior year of high school and preparing to play his most exciting year of football as a varsity linebacker and center. He was in great physical shape but what we thought was a concussion turned out to be a brain tumor. Jon was referred by our family physician to Hershey where he underwent brain surgery on Sept. 15, 2006. Due to where the tumor was located, in the 4th left ventricle, close to his spine he suffered nerve damage to his right side including facial palsy, loss of fine motor skills, hearing loss and unable to swallow or walk. He was in the hospital for 21 days. He lost 50 lbs. Jon underwent surgery to place a peg tube in his stomach for nourishment. The peg tube ruptured a blood vessel and he was bleeding internally. The urology team removed the peg tube and was successful in stopping the bleeding but Jon had lost a tremendous amount of blood. He would need 5 units of blood. Jon was disappointed about loosing the peg tube because it was unseen to those around him and meant that he would need to have the keo feed reinserted. This was a tube which entered through his nose and went to his stomach. He needed to receive nourishment for 16 hours a day. Jon started rehabilitation the day after surgery. His great attitude was appreciated by all of his doctors, nurses and therapists. He was determined that he would walk, write and swallow. Jon's eyes were unable to focus for many days but he never complained. He needed a MRI and was wheeled in a wheel chair down to the imaging area of the hospital. That would be his last wheel chair ride. Jon refused the wheel chair. He was adamant about walking on his own. With support Jon would walk! Jon and his speech therapists worked very hard to regain his swallow ability. Jon took the exercises his speech therapist gave him and other exercises he had found on the internet and put together a routine that he would do 5 times a day to strengthen his head, neck and throat muscles. He was determined to eat a bacon cheese burger! A picture of a bacon cheese burger sat on top of the television as motivation. Jon was able to have the keo feed tube removed on Oct. 19, 2006 and we started a 3000 calorie a day liquid diet (that in itself was amazing)! In February of 2007 Jon took his first bite of the bacon cheese burger. He has had radiation to shrink the remainder of the tumor and chemotherapy for 15 months. Jon would undergo surgery to have a port placed in his chest which is an access line to administer his chemo. and take blood. Due to the palsy on the right side of his face his eye would not close. He suffered a cornea abrasion. A gold weight was implanted in Jon's eyelid and plugs in his tear ducts. Jon's last chemo was on November 6, 2007! His port was removed in December and his last MRI in Jan. 2008 was clear!!! Jon underwent surgery on Jan. 21, 2008 to repair his facial palsy by grafting his 7th and 12th nerve. He is recovering and anxiously waiting to work out at the gym! Jon finished his high school credits on the internet in December of 2007 and is now attending college courses. He would like to pursue a career in Speech Pathology! He will continue to have MRI scans every three months God willing to show all clear! With Jon's great attitude he continues to move forward in life and prove anything is possible, attitude is everything!