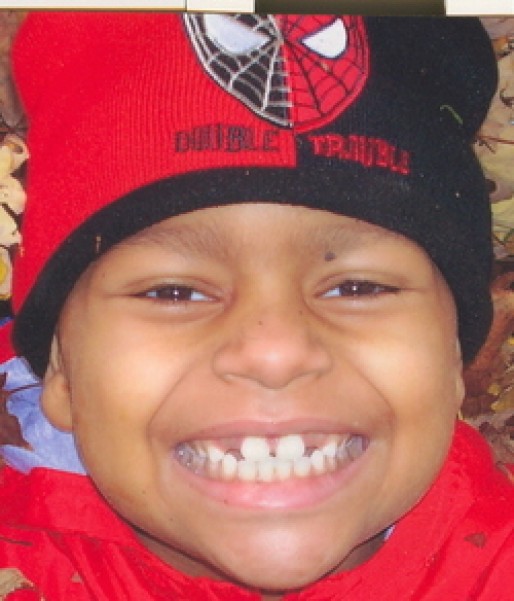 Diagnosed on February 13, 2003 and relapsed on February 15, 2005 and then again in September 2007. Jonathan was in and out of the hospital so many times over the past four years at Golisano Hospital in Syracuse and then received a stem cell transplant in Rochester at Strong Memorial Hospital. He only ate macroni and cheese except when he was on steroids then he could never get enough to eat. He was curious about what unit he was going to when going in for his treatment and that information determined what treatment he was receiving. He was a loving child and never complained and always had a smile on his face and his wish was for some new blood so he could get better. He enjoyed swimming with his cousins and loved to play with others. He also had a love for SPIDERMAN and got to meet SPIDERMAN during his MAKE A WISH and received some Christmas presents from SPIDERMAN. He had a nice party for Make a Wish and wanted a SPIDERMAN helmet and bike for himself and a red wagon for his brother. He was only able to ride his bicycle once during physical therapy. Jonathan loved to play with Thomas the Train and had a favorite James---he had train tracks throughout the house. Jonathan did visit Thomas the Train in the summer of 2006 and rode on the Polar Express in December 2006 which he really thought was cool. Jonathan was a very quiet brave little boy who never complained about his treatments; he just wanted to feel better so he could be like any normal boy and go outside and play. He had necrosis of the knees from steroids so that limited his play time.