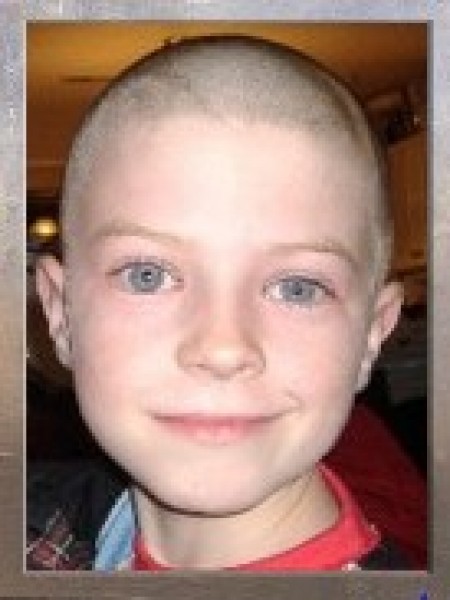 Chase became paralyzed on the right side of his face just before his 8th birthday. 6 months later we were told he had cancer in his brain stem (pontine glioma). Chase underwent brain surgery for a biopsy while out of school for Thanksgiving break. When told he had an inoperable brain tumor he responded by telling us that he was so happy there would not be any other brain surgery. When he returned to school and spoke to his friends about his experience all he talked about was how while in ICU they let him have a playstation at his bed. Chase has a very positive attitude and has surprised us with how little he has complained. We are so proud of him and thankful to his doctors at UC Davis Pediatric Oncology and UC Davis Cancer Center. 2/09 - UPDATE - Chase has been reclassified as "stable". He is currently off all treatment and doing well. Because his tumor cannot removed he is not cancer free but we have not seen any new growth since he completed his radiation. We now live test to test (about every 6 mo.) and pray the day does not come where it starts to grow again. He had surgery two weeks ago to remove his "port", and the night before he went in he came to me very sad and said "Mom I am going to miss my bump" (he had a lump under the skin just over his left rib cage where his "port" was located". Chase's hair has returned and this year he is participating as a shavee as well as being honored. Chase will shave his head on March 14th at the Roseville Galleria event. He wants to help raise money to help kids like him. 2/11 - UPDATE - Chase is now 3 years out of treatment and doing well. Once again he is shaving his head to raise money to help others like him. He will be shaving March 12th at the Roseville Galleria. Please find Chase's Shaving page and donate to help him help others. Thank you