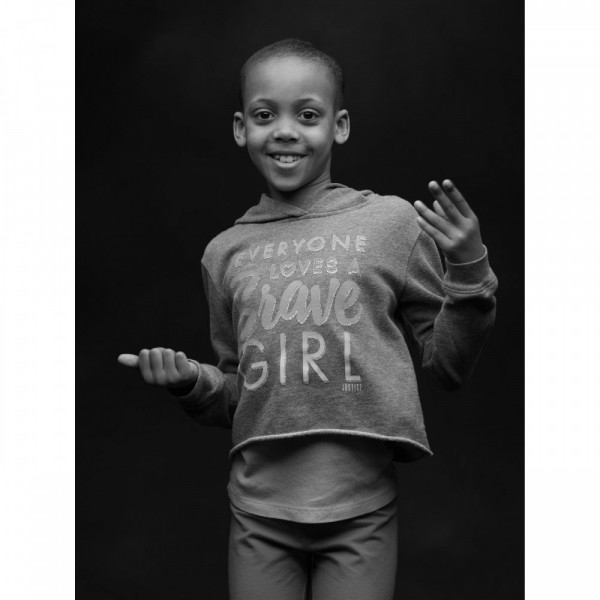 Thank you for supporting Myleigh and many children who fight for their lives daily. Myleigh was diagnosed in February of 2018, the worst day of a parent's life. Myleigh had surgery shortly after to remove her right kidney. She began 11 rounds of radiation and a long 33 week plan for chemo treatment. 2 weeks after Myleigh was diagnosed, we received the histology report, and it was not good. Diffuse Anaplasia, the worst histology to have. This meant she would be receiving the most aggressive treatment. Over the months of treatment Myleigh did well, the treatment was working. Once Myleigh finished her second to last treatment, she started to have a pain in her upper back. Scans showed there was a lesion. Back into surgery she went. At this point the doctors broke the news that things were not looking good. We were going to have to try a different treatment plan. We prayed harder! The day after surgery, the surgeon came in to let us know what pathology found. The lesion was benign! God had worked a miracle! Myleigh completed her treatment and was able to ring the bell on January 16th, 2018. Myleigh has shown tremendous straighten, courage and endurance through her journey. She continues to amaze everyone. During a routine CT scan in April, it was discovered that Myleigh had 2 nodules on her lungs. The doctors decided to rescan in 6 weeks in hopes the nodules were not cancerous but had to donwith infection from a previous sickness. On May 9th, during the follw up CT scan, the imaging showed the nodules grew since the last scan. Surgery was planned for the following week. During surgery, the nodulenwas sent to pathology and it was conformed that the nodules were cancerous. Myleigh has been in good spirits and has keep a smile on her face. We are getting prepared for battle number 2. Not sure at this very moment which plan of avtion we will take, but you better know that Myleigh is suiting up with her armor.