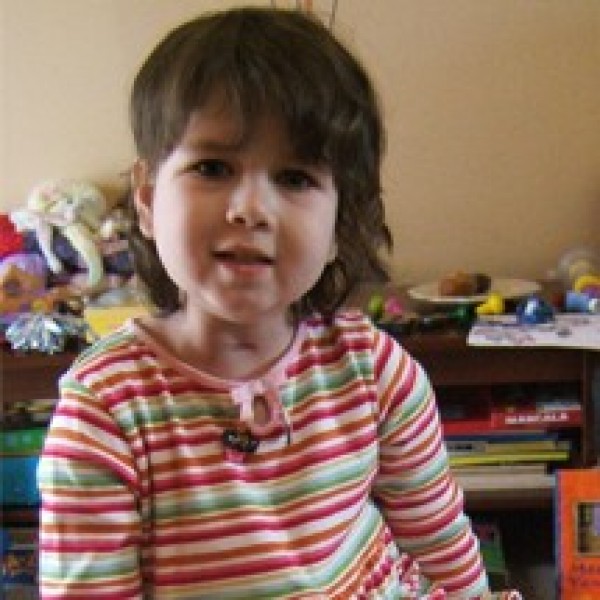 Mira was a child with incredible spirit and personality. Mira loved many things- her family: big brother and best friend Jackson, her grandma, PopPop & Grandma Susan, Grandpa Dave & Grandma Liz, uncles and aunts, Jill, Bekah, playing outside, creating art and listening to and singing music. Mira was a fighter. Mira endured several surgeries, 6 rounds of high dose chemotherapy, 33 days of radiation to her brain and spine, as well as an experimental treatment at Sloan-Kettering. Mira had many complications from her cancer, but was making great progress in her recovery, when she was diagnosed with recurrent ependymoma in January 2008, two years after her initial diagnosis. She had successful surgery to remove that tumor on February 19, which she sailed through in typical fashion, then began follow up treatment March 31. That treatment caused unforeseen complications which began on April 14. She was admitted to a Tampa hospital April 19th (we were on vacation) and just one week later our girl was gone. Mira passed away April 26, 2008 and is greatly missed. Her enormous spirit and love for life will push us forward in life to accomplish important things in her name. Now she is the leader of Mira's Movement. (www.mirasmovement.org) Through the work of St. Baldrick's, we hope that, for every child already diagnosed with cancer, their treatment is successful. For the future, we hope that the origins of childhood cancer will be discovered and eliminated. A future where kids do not have (and die of) cancer would be an amazing accomplishment. Thank you for your support! The Brouwers, Ithaca, NY (Event March 29)