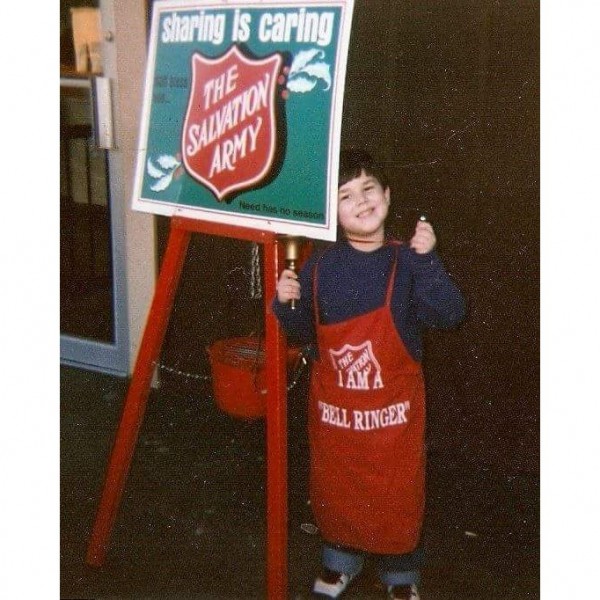 After experiencing what seemed to be a stomach virus with bad headaches, Michael's doctor decided to do an x-ray of his head, and sent him directly to have an MRI.  The MRI confirmed our worst fear - Michael had cancer.  Michael was only 9 and was in the 3rd grade.  He found out the MRI results the same day he had his school picture made. He was diagnosed with a pontine glioma (brain tumor) on October 22, 1998.  Michael had surgery to remove as much of the tumor as possible.  Since the tumor was in the pons area of the brain (near the brain stem), removing the entire tumor was impossible without causing extensive damage.  Michael went through a few rounds of chemotherapy and then discovered that a cyst was pressing on his tumor, creating more problems.  He went to New York to have his cyst removed.  His family was delighted that his neurosurgeon, Dr. Lynwood Smith came to New York to observe the surgery.  Dr. Smith always took care of his "buddy" and made a special trip to New York just for Michael.

Radiation followed chemotherapy, which helped to keep the tumor from growing.  Unfortunately, upon Michael's return from New York, the doctors discovered two more small tumors that had formed in his brain.

Michael fought his battle with cancer with much strength and was very humbled by the outreach of support and prayers.  Even though he was sick, he did not want people focusing on him.  He had a chance to meet a celebrity as part of the "Make A Wish" foundation, but he wanted a laptop instead.  He saw every person as an equal, and knew that celebrities were just ordinary people as well.

Michael passed away on September 15, 1999, which was 2 months from his 10th birthday.  His biggest concern was that he wouldn't be remembered.  We continue to honor and remember Michael every day, and his brother and sister have been involved with Camp Kemo and their fundraisers.

Thank you for honoring our precious son and brother.  He will always be remembered.