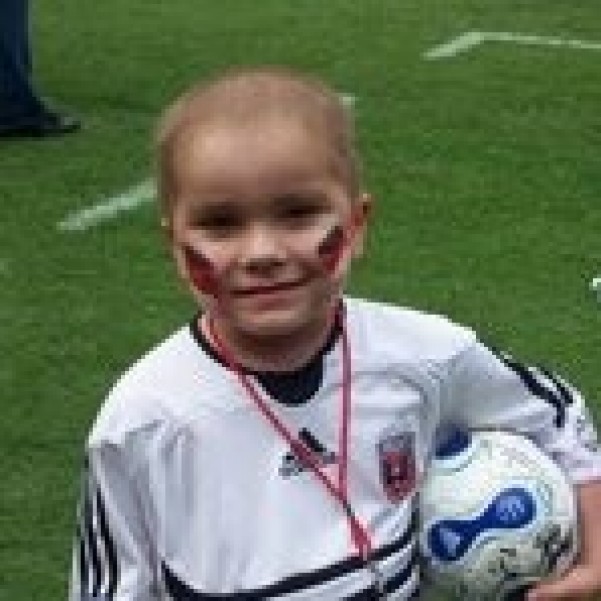 Our Mason was a fighter, a superhero, an artist, a soccer player, a baseball player and a cancer survivor. Cancer did not define Mason. Mason defined his cancer. Mason, despite his age, wanted to know what was happening with his body. Even when we were talking with the doctors and he seemed not to be paying attention, he would come back and ask questions later. Even at age 4, he demanded to be heard. He was a quiet patient, maybe not the friendliest, but he knew that the hospital was trying to save his life. Mason, throughout his life, was a force of nature. He was sweet and loved to give hugs and kisses but he was also stubborn as an ox and very vocal about what he wanted. That served him well when he began his battle. We truly believe it was that stubbornness and his determination that helped him regain back his speech and mobility after his surgery. It was that determination that got him out of bed to play with his brother when Mateo came home from school everyday. It was that strength that kept him going in his last weeks when he must have felt atrocious but still fought to stay with us with all his might. All our little boy wanted to do was to play with his brother, wear his soccer jerseys and be with his family. He continued to live his life despite what was happening to his body. He taught us that despite all the horrible things, the hospitalizations, the medicines, the shots, etc, that life was meant to be lived. Keep going. Many nurses and hospital staff will remember this little boy kicking a soccer ball all over the hospital and throwing himself on the floor as a goalie, or on the green ATV at the hospital with his parents running behind him with his IV pole down the hall. We have had to remind ourselves of his fortitude and his example as we mourn his loss. He died on October 13, 2007. We know that he used all his will to overcome his disease, but he did not get the miracle. Everyday we struggle with his loss, but we just imagine this little boy yelling at us to keep going, to love his brother and each other. He demands that of us. That is what keeps us going and we fight childhood cancer in his memory.