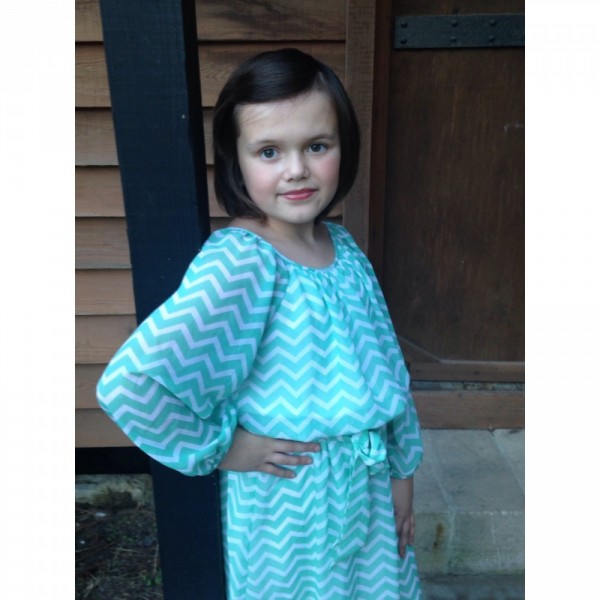 Thank you for supporting me and the more than 300,000 kids worldwide who will be diagnosed with cancer this year. By sharing the gifts of your time, talent and money with the St. Baldrick’s Foundation, you're supporting research to give all kids with cancer a better chance for a cure. August 18, 2014 started out like every other first day of school. Mary Amelia was excited to be starting fourth grade. She woke up that morning eager to get to school. By the time she had finished getting dressed and was putting her book bag full of new school supplies by the door, she was already saying she didn't feel good. She said her head and stomach hurt, but that was nothing new. She had been complaining of headaches over the summer and she was now having blurry vision. Her doctor had already done some tests and we were in fact waiting for results to see if the doctor could find anything wrong. By lunch time the doctor would call with test results. It turned out Mary Amelia had a brain tumor. On September 4th Mary Amelia had a craniotomy to attempt to remove as much of the tumor as possible. Hours later the doctor stepped into the waiting room full of family and friends and told us that the tumor was an intracranial germinoma and that it was malignant. She had cancer. The tumor could not be removed by surgery. She would go through chemotherapy and radiation over the next several months with hope that by the end of treatment the tumor would be completely gone. After two surgeries, four cycles of chemotherapy, two hospitalizations, three transfusions, twenty radiation treatments and countless procedures and tests, she shows no further evidence of disease. There is no visual evidence of the tumor on MRI at this time and she will have a lifetime of follow-up tests to make sure it stays that way. We have had to let faith be bigger than our fear. Cancer has brought a lot of heartache, sadness and pain into our life. It also restored our belief in simple human kindness. Cancer has brought us closer to God and stronger in faith. God answers prayers. "O Lord my God, I called to you and you healed me." Psalm 30:2 Our life will be forever divided into before cancer and after cancer. We live with our "new normal" and are grateful for it. We can't get hung up on the hard times or the challenges. Courage is looking fear in the eye and not backing down. Throughout this journey Mary Amelia has been courageous, strong and determined. She did not allow cancer to take over her life. Instead she fought back. And on days she was too sick to fight, she had so many amazing people fighting for her. She was able to conquer cancer with her army standing behind her. Mary Amelia's story does not end here, it begins. It has been a year since Mary Amelia finished treatment for her intracranial germinoma, a malignant brain tumor she was diagnosed with in 2014. After multiple rounds of chemotherapy and radiation, she finished up treatment in February of last year. Since then she has had another surgery to remove her port and several follow-up MRIs. At this time she shows no evidence of disease for which we are extremely thankful. She has MRIs done every three months to continue to make sure there is no further growth. She is also followed by the wonderful doctors at the Brain Tumor Clinic at MUSC. She cannot be considered "cured" for about 5 years after treatment because of the nature of the slow growing tumor, but at this time we are one year closer. Now we are dealing with the after effects of the cancer. The tumor was in the suprasellar area of the brain, and it crushed her pituitary gland. We were hopeful that once the tumor was gone the pituitary gland would be able to function; however, that has not been the case. She has diabetes insipidus that causes her extreme thirst and frequent urination. Mary Amelia is also on multiple hormone therapies. The newest hormone she has started is Hematrope, which is a growth hormone. She has been the same size for about the last four years, which did eventually help lead to a diagnosis, but it is now time for her to start growing. She takes an injection every day and will do so for the next several years. She has learned to give herself the shot, which is an unbelievable accomplishment for her. Since she was diagnosed in 2014, she has been terrified of needles and blood. It took as many as five people to hold her down to draw blood or even access her port. Slowly she is trying to take control back from this disease that has taken control of her body. Cancer has left her with life-long changes to her body and her life, but with treatment, support and lots of prayers Mary Amelia has been able to fight back and enjoy life as a ten-year-old little girl should. But she never had to fight alone. She has also had her army fighting with her. There are not enough "Thank You"s in the world for all the thoughts, prayers, support and acts of kindness shown to us during the past couple of years, but know that we are truly thankful for each and every one, and Mary Amelia is one year closer to her "cure" year.