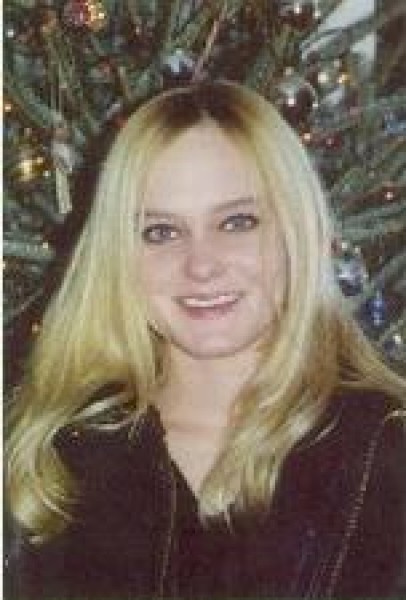 Thank you for taking the time to visit Kristy's St. Baldrick's page. xoxo April Please take the time to visit Kristy's website (copy and paste) http://kristylynhaley.tripod.com/Kristy_Lyn_Haley.html My cousin Kristy was a fighter. She fought to do her best in school, on the field or on the court, and in the end her life. She had a passion for the Yankees, NSYNC, Dunkin Donuts coffee, and DEREK JETER!!! She was the biggest humanitarian. She had a passion for helping people in whatever way she could. She was diagnosed with Melanoma from a mole on her back. 2 years after having it removed, the cancer was found in her lungs and shortly after that, it has spread to her brain. Kristy-at the time she had found out that it had spread, was in the middle of coaching her volleyball team. She didn't tell the girls she was sick. She didn't want them to feel bad for her. Kristy was always concerned about everyone else. After spending time at Sloan in NYC, Kristy was released and welcomed home by her family and friends. When the doctors realized the cancer has spread to Kristy's brain, the doctors wanted to try steroid injections that weren't yet legal in the US. Kristy went to Germany knowing that there was a chance the injections weren't going to work. By the time Kristy arrived in Germany, her brain had swelled and she was put in the hospital right away. The tumors had grown faster than the doctors had thought. Kristy never made it to get her first injection. She passed away on November 29, 2000 at the age of 21. Kristy was well known throughout her school and town as an athlete, honor student and an over achiever. I never got to say goodbye to my cousin. Once she passed away, I turned into the person that she was. Since I couldn't be there for my cousin through her fight with cancer, I will do whatever I can to help other kids through theirs.