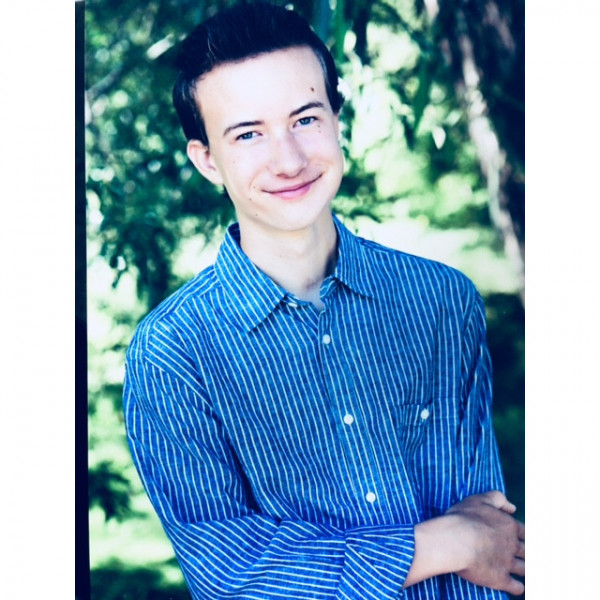 14 year old Klaus has a very rare sarcoma called Plexiform Fibrohistiocytic Tumor-PFHT. In 2006 a small pea sized lump was noticed in his mouth. After 6 months of watching, it was removed and had very confusing pathology. 50% of these very rare sarcoma's are misdiagnosed because of lack of sarcoma knowledge. The best treatment option for Klaus has been aggressive surgeries to remove the disease. On his first two surgeries, clear margins were not obtained and the disease spread to lymph nodes and spread thru his lower left mandible and up nerves in his face. At this point an aggressive surgery to remove the disease was in order-a modified radical neck dissection, removal of his lower left jaw and all the internal tissue and 6 teeth from this area. His fibula was used to replace his jaw and leg tissue filled in the missing oral tissue. Klaus was declared "cancer free" for 10 months. Spots in his lungs were monitored for years and they were beginning to change. Thru a lung biopsy the disease was then confirmed in his lungs on St. Patrick's Day 2010. Thankfully at this point he is living an active and healthy, very normal life, and the multiple lung mets are stable. We are thankful for this gift. We are sharing our son's story so others can learn by our journey. St. Baldrick's has raised of 232 million dollars to be used specifically for childhood cancer research. Last year St. Baldricks funded over 10 sarcoma specific grants thru the donations received from our community and from around the world. We have hope that research will be completed in the future which will share benefits for our son and all the other children fighting the various forms of cancer. Thank you for supporting this life giving organization. We very much appreciate their work--giving us hope for a lifetime of love with our son! P.S. Klaus as a child dealing with cancer, has never wanted to lose his hair, but because of the support of so many. Last year he became a shavee for the first time. This will be year #4 for him! That's how inspiration works,, you support Klaus and children like him, and they fight and support others in their special community. Thank you for being part of this with us ALL!